As far as I know, there is currently no “official” way to add a caption to an image.

I would suggest, that an image with nonempty alt text, occurring by itself in a paragraph, will be rendered as a figure with a caption. The image’s alt text will be used as the caption. Inline Markdown in the alt text should be interpreted.

That means that following Markdown snippet

This is the way pandoc with the implicit_figures extension handles figure captions in Markdown documents.

Concerning implementation details I would suggest to make this behavior optional as an extension.

Why isn't there a way to add a caption to a local image in one of my Obsidian markdown notes? Help

There is a Discordian theme which can render the image caption. 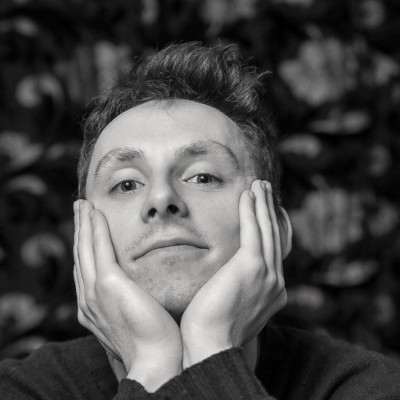 Obsidian dark theme inspired by Discord. Contribute to radekkozak/discordian development by creating an account on GitHub.

I agree that it would be great if this feature can be implmented in the core if that’s what you’re asking.

@obsidian337 Thank you for the hint!

I already use a very similar workaround (see my workaround link above). The biggest disadvantage of this approach for me, however, is that inline Markdown in the alt text will not be interpreted, so you can not use e.g. inline math in caption text.

This would be a really nice feature.
I use Obsidian to study and one of my professors uses a lot of diagrams, would help me so much to be able to caption those

Seconded, I too would like the alt text to be displayed beneath the image.

+1 for this feature request.

I made a plugin to add image captions: GitHub - bicarlsen/obsidian_image_caption: Add captions to images in Obsidian..

If you try it out I would love your feedback.

I’ve been looking for something like this, thanks. I am getting some ‘failed to load’ errors at times though.

Glad you’ve been finding it useful. If any issues come please raise them on the GitHub page so I can continue to improve it:

Hy @bicarlsen, thanks for making such a wonderful plugin. Before your plugin my work around was to use a snippet. But this made it quite simple.

I have two requests,

Thanks for the feedback @Learner1. Could you open these as an Issue on the GitHub page so it is easier foor me to track and discuss.

I also miss this function, but I miss it for all the embeds. I would also like to be able to attach a caption to for instance a PDF or a YouTube video.