Kindly make this a core feature in obsidian, allowing a more traditional file exploration. Below I have made some basic microsoft paint pictures to illustrate the idea. Any questions or comments, lack of understanding, or mistake on my part to explain. I will answer in this thread.

This is for a more traditional file explorer with : Lack of keyboard functionality being a huge issue for me. 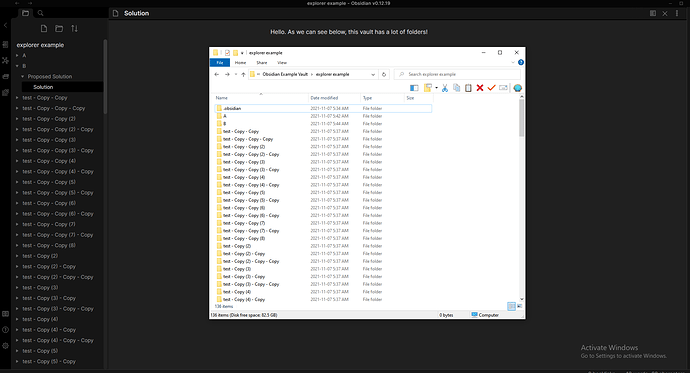 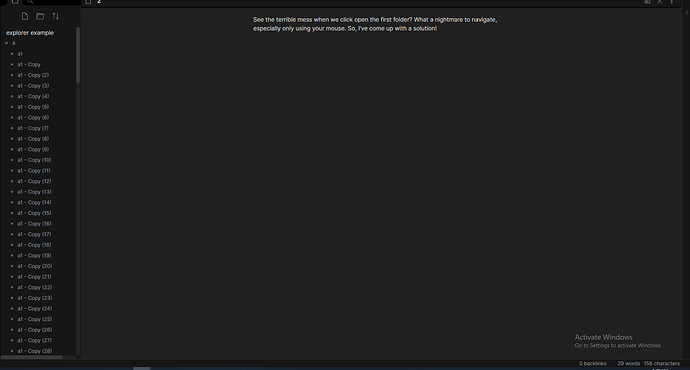 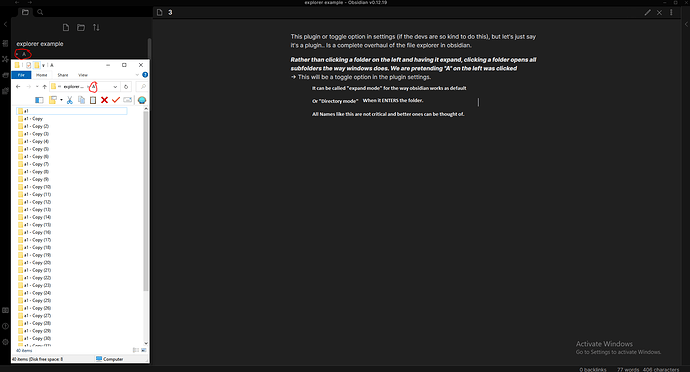 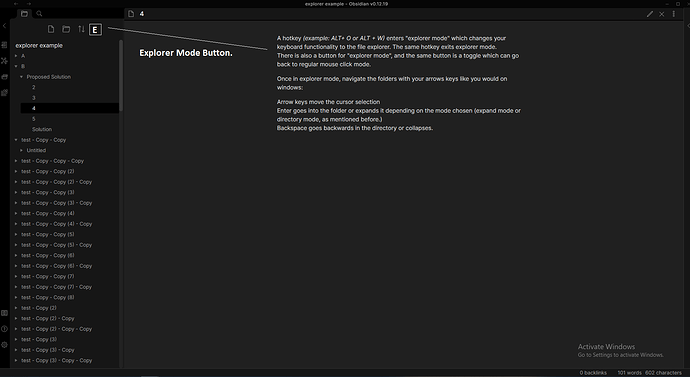 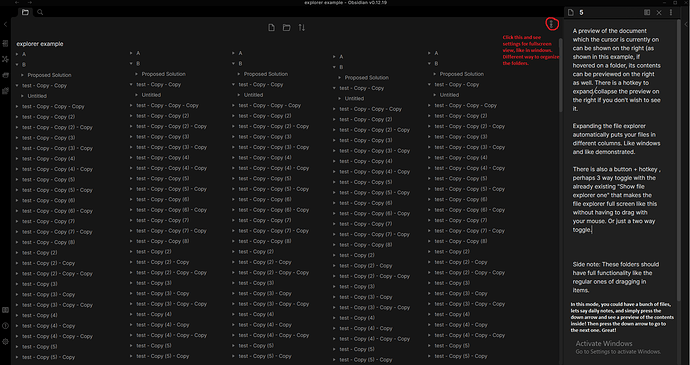 I made a post but it was long and removed for other reasons, if you’d like to read it it’s here. Hopefully this is not deleted. If there is an issue just let me know and I’ll edit it. Thanks!

I, personally, don’t see the necessity of your proposed feature:

If the features outlined here were core, it wouldn’t impede you or anyone else whatsoever. Maybe not necessary for you, but necessary for me, and I’m not the only one. A zettelkasten note taking app like you describe would only be improved for all those who want to use it however they like. The columns feature makes perfect sense. What’s the point of enlarging the file explorer when it’s just blank space? In fact, a zettelkasten like you describe, which is just a word, has multiple boxes. Obsidian now just has one super long sliding cubby or box which is not like a zettelkasten at all. Other people have this issue, not just me. 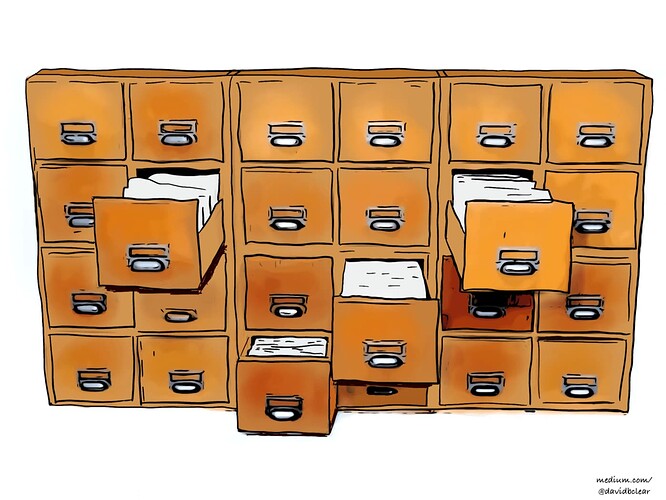 I didn’t want to offend you - and of course I don’t want to tell you how you have to make use of obsidian! But this forum is for discussion and there are already thousands of different feature requests, and for the devs in order to decide which possible features might be really favored by a big part of the community the way different proposals are debated in the forum play a central role.

And I even didn’t depreciate your request - I just pointed to the fact that actually your post implies two different features:

Firstly, to allow navigation by keyboard. I completely agreed with you that this makes sense and mentioned some already existing requests for this. If you want that feature, it would make sense to join these requests, give them a like, a +1 or whatever.

Secondly, to implement more of a file explorer functionality in obsidian. I just think that this isn’t one of the most urgent requests as compared to a couple of others. But this is my personal opinion. Other people can join the discussion and argument for or against this proposal. I am just afraid that this might obsidian somehow lead away from its actual strengths. If you only want obsidian to be able to show your files and folders in several parallel columns once you enlarge the left sidebar, it would make more sense to open a distinct feature request, or rename this one in order to make it more clear what your main goal is.

One last thing: of course it matters what a program is intended for because this is what describes its essential capabilities. Sure, these may be extended step by step - but for the moment it makes more sense to ask “what can this program do and for what parts of my workflow could it be meaningfully applied”. I think it might rather lead to frustration if one expects that one single app is the final solution for every single task (but yes, I know this idea is very appealing - but still rather unlikely…

One final sentence: a “Zettelkasten” actually doesn’t have boxes, at least not in the sense of “folders”. The only reason a physical zettelkasten exists of several boxes or drawers is due to the limitations of physical space. Except for that, Luhmann for example didn’t have any thematical order besides a numbering system that - in our digital age - is rather comparable to “links”.