I use obsidian extensively both for research and for teaching.

Aside from a closer integration between the two, what I really miss in obsidian is the opportunity to outline and import files.

However, I sense that it wouldn’t be very obsidianesque.

What I envision instead is the opportunity to create note paths, perhaps leveraging the graph view.

I would like to express paths between them A -> B -> C -> D as a super-note that can be rendered and referred too.

Paths will be extremely useful to create presentations, by isolating very simple concepts and create a sequence. Additionally, the creation of such super notes will create different layers in the graph of note. Making it a hypergraph in practice.

Using languages like Cypher, we can even imagine to parameterized the paths, but that is an advanced feature.

15 Likes
Implementation of series of notes in pathway arrangement à la VUE would be a killer feature
Use local graph for navigation
I-d-as October 11, 2020, 10:07am #2

Love the idea of super notes. Recently I made a request that would allow for sub notes, or to be able to contain a vault within a note. I feel weird adding a link below to my own topic, but am doing so to support your idea which is unique.

This does seem like a rather logical direction: if we have sequences of notes, it would be nice to have automatically generated TOC notes that include the entire sequence. Btw, this issue has been discussed but from a slightly different angle: any sequence is a potential piece of writing, and it is good to have them all aggregated in one place for further editing. I will most likely write a python script that does that and then sends it all to pandoc to generate a PDF with proper references and bibliography.

I guess in presence of a powerful scripting mechanism that would be sufficient.
I currently combine Obsidian with Marked 2 for this.

However, the idea is enhancing the abstraction mechanisms that obsidian offers. At least from a teaching perspective, isolating pieces of information and recollecting them opens a number of scenarios:

The internal Vault is indeed the ultimate level, although an entry point note would be sufficient for what I do.

I was thinking of something similar to make digital gardens (à la Obsidian Publish) more useful:

The ability to create a “path through the garden" in form of highlighted links or similar that leads you along a certain argument / viewpoint etc that the author wants to make so that you don’t get lost in side-links or dead ends all so often.

More long term, there could be the feature to overlay multiple knowledge graphs on top of each other as to amalgamate the truth from different individual realities. Like you can follow people’s Obsidian Publish where everyone builds their own personal knowledge wiki and together, they combine to form a shared knowledge base (which then ideally corresponds to objective reality similar to how Wikipedia is built).

I don’t know if it is relevant in this discussion but I was thinking about the idea of paths of navigation between notes in relation to the Publish function and imagining a solution for implementing something like a non-conventional way of navigation in my Obsidian Publish website. In my research I found some inspiration that could be interesting in the light of a feature request for the Obsidian’s devs: could we implement something like what Neuron did? Take a look here to the concept of Folgezettel Heterarchy and look at the navigation paths on the top.
Men I would die for something like that in Obsidian

. The idea is that whit [[[ ]]] you could branch off another path so the same note could be read coming from different paths. Also that can be used in the idea of super notes as someone has already pointed at and could represent another level of super structure on top of simple connections between notes. The application for a digital garden would be wonderful because we could suggest different paths of navigation through the notes to our readers, without compromise the freedom of free roaming through the content and could also be used locally for MOC’s instead of Mermaid Graphs like some people is Discord is doing right now. Please let me know what you think about.

Fully agree. I would very much like this to be added to Obsidian.

Luhmann’s Folgezettel is a sequence of connected notes! A growing argument or narrative; very similar to the notion of ‘trails’ in Vannevar Bush’s memex. 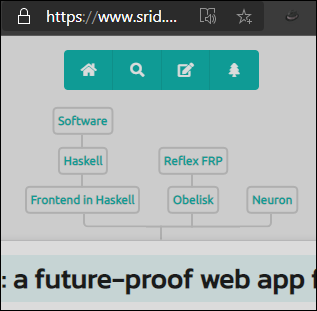 (image above) I love its clarity and simplicity.

Love to see how far/busy it can go and whether comes with intelligent truncation?

This reminded me of a feature request “Trails in the graph-view!” opened a few months ago, which describes a similar idea. It is accompanied by an amusing cartoon that does a great job of depicting the idea!

To pull a short quote from the proposal:

The idea is to show suggested paths through your knowledge base. That is, map a structure-zettel (SZ) to the graph-view using a trail! This way you can see how each note relates to other notes as well as following a suggested path. May be even have more than one SZ mapped this way. The reason for the latter is also that different people learn differently so one can fashion each SZ accordingly.

@rictomm “note paths” and @juen “path through the garden” - I love these phrases. They do a great job of extending the digital garden idea, as does the idea of a “trail” from @scmwiz.

To take that a little further and without delving too far into the metaphor, perhaps a “trail” could include (highlight) dead-end nodes that branch off from it’s primary direction, whereas a “path” would not do this. A path would show a clear, definite direction to take.

Because a trail is potentially a less defined than a path. I’m imagining the difference between wandering across the countryside from a campsite to a nearby hilltop, and walking through a manicured country manor house garden.

In practical Obsidian terms, I think it could be useful to be able to use the graph view itself to click on and select a set of nodes and save them as a “path” or “trail”. Though that differentiation isn’t important when saving, just a single option to save the highlighted nodes as “something” . Whatever “Obsidian term” best encompasses these concepts would be enough.

Thank @osgav for the link. I can relate that is a very similar idea.

I guess using graph view for the task is critical, my suggestion is converting the interaction into a sort of cypher like approach.

This should be a problem since obsidian indexes the note somehow assigning them an id.

one problem I see in obsidian is that edges are not directed. I mean, they are but they are treated as they were not.

The query above can be saved in plain text and used to retrieve the note and embed them when in the preview model as a sequence. Perhaps in an enhanced slide mode that order them in the same sequence.

Reading through these ideas I was reminded of an idea I suggested that was originally mainly focused on simply combining the content of the notes.

While I originally thought it would be nice to choose the note sequence by clicking them in order, there was a post where someone suggested the ability to complete this by just inputting the list of links in order. I thought this was very effective and might be relevant here.

I am trying to figure out how to simply link to rather than embed my posts, and will return to fix my two replies. Sorry about that.

I think with the new shiny block linking, the path feature will be even simpler to implement.
If we imagine blocks as fragment notes, essentially a path is their sequence within the mother’s note body.

I guess similarly we could imagine something like that at note level, building from the graph view.

This is fascinating. I actually create #path-notes which are notes with embeds and arrow mark ie,

Directions in slide separator —-> and then the syntax for a note or the block note. 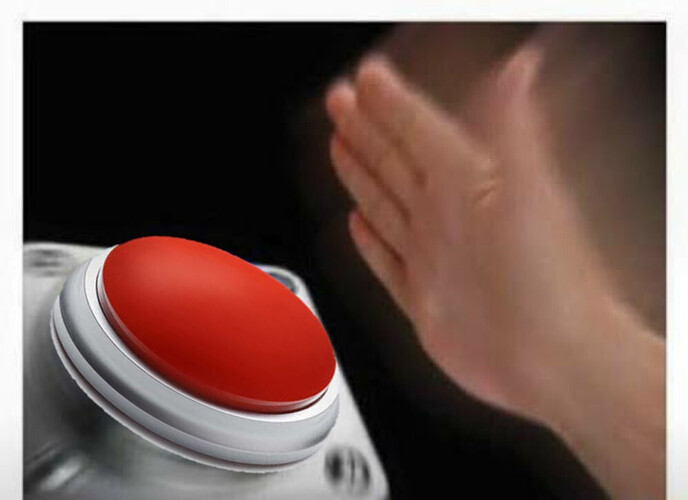