This would IMO often be addressable with buttons to go to sibling notes.
<<previous and next>> button at the bottom of a page.

ideally it auto generates the next & prev buttons, based on folder and alphabetical.

This is inspirated by the existing footer navigation in mkdocs, see navigation docs. 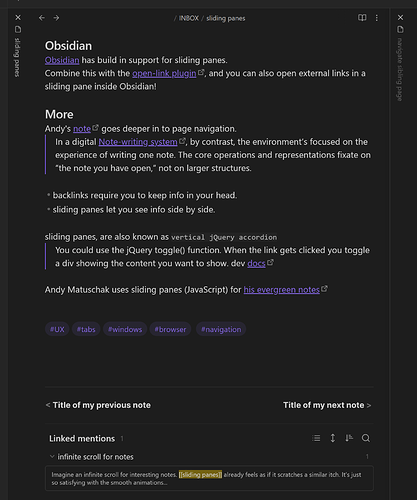 several threads on this forum show the need for this feature:

The quick explorer plugin already adds hotkeys for this feature. But no visual preview. It forgets about people with a mouse.

You could make templates, but would have to keep them up to date. / It’s clunky