I think there is a bug on Win10 build, only one of my files got it’s data wiped out. Now the entire thing shows “\u0” instead of what I wrote. The only thing that was different was that there was alot of content there.

Have a large file with many sections, press Ctrl+S, exit the program, shut down your computer.

File Corrupted, all data in the last opened file is gone and replaced with “\u0” 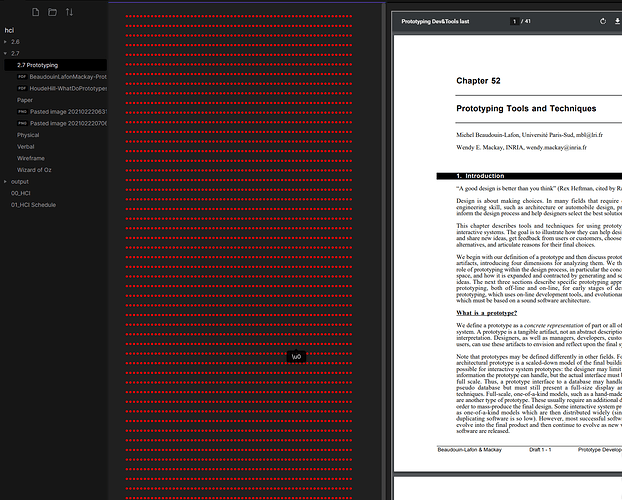 which version of prettifier do you have?

I confirm the existence of this bug. At first I thought it was my bad but then I got suspicious and decided to check the forum.

I think it was version 0.11.0 or 0.11.1 - the one that was the latest for the 13th of February. I was on a long flight with no Internet access, was working on a large file (around 15 KB) when suddenly my laptop’s battery ran out.

Back on the ground I checked the file that I worked on, it had my 15 KB of text all replaced with \u0. Since the file was created on a plane, no cloud copies remained.

I don’t have Advanced Tables or Markdown prettifier.

Oh, if there’s any way to recover the corrupted data, please let us know.

I learned my lesson and just back it up to my Google Drive. Not sure if there is anyway to revert.

does you system turn off suddenly or did you do a proper shutdown?

It turned off suddenly because the battery got drained. With several hours of edits however, I’m sure Obsidian had saved the file a number of times before that happened.

Doing the same, but before the guys find the reason of corruption, turns out it’s better to avoid editing in offline mode.

I had this happen to me once too

i didnt lost much and i thought it was because of the checklist plugin which got disabled around that time. i got these red marks too. I am using a lot of plugins tho (including advanced tabled and markdown prettifier).

I dont know anymore how that happend though. I think it happend on Linux (i use both windows 10 and linux thats why i am not sure anymore)

But that’s kind of the schtick though isn’t it? I got it for the offline mode. Else I can just as well use vscode with markdown prettifier plugin, which is what I do at work.

Yeah, kind of nonsense, I was disappointed too. But then - hey - we use a beta version of the program at our own risk. I’m sure the guys will find out the reason.

We will add an internal file recovery system in an upcoming release to mitigate these power loss issues.

I have lost a few files recently. I’m a new Obsidian user and love it, but having files corrupted is a show stopper for me and I’ll go back to Evernote if I can’t get to the bottom of it.

I have two vaults, both syncing. The vault with corruption has two differences from the other; 1. I use it on two machines instead of 1 and 2) it’s a laptop (no battery dead crashes) which often suspends and resumes.

I’ve turned on file recovery and increased the time for retention, which should help in the future, but would rather think of restoring from backup as for exceptional cases like power failure or HW crashes.