Why is Obsidian named so?

Just out of curiosity, why is Obsidian named so ?

It’s just my uneducated guess, but I think it might be a Minecraft reference:

Before Obsidian and Dynalist, Shida worked at Dropbox and LinkedIn, and made a few quite popular Minecraft mods.

Just a guess here too. I look at the logo and see the branching pattern of the fracturing which is apparently conchoidal (rippling curves and circularity like a shell).
I also think of the igneous nature of the rock and the way molten rock erupted out on the surface from at least one center point or flow at different sizes and speeds. Then this rock combines and is morphed with others, broken down some day molten again and the process starts over like ideas. Personally, I love the circular graphs like a planet or a pebble.

Am I the only one that keeps calling it “Oblivion” in my head? The logos are almost the same shape. 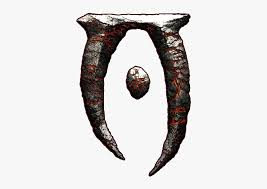 Diablo 1 had an item named Obsidian (Obsidian Ring of the Zodiac). It made a come back in Diablo 3 as well.

The app icon looks very familiar. It reminds me a lot of Mephisto’s Soul Stone (Diablo 2), but it is not the same.

The shape and the dark color of Obsidian’s icon remind me a coffin, which is a bit disturbing

Official reason: it’s a metaphor. If your raw, unstable thoughts are lava, then Obsidian is… well, Obsidian. It is your crystallized (and beautiful) knowledge.

Other reasons: we like Minecraft and Obsidian is (as Licat told me) the hardest block in the original Minecraft (he started playing during alpha I think). Also Obsidian sounds cool to me, personally.

Coincidentally, Fallout and the Outer Worlds, some of Licat’s favorite games, are related to the game studio called Obsidian Entertainment. I say “related” rather than “developed by” because most of the better Fallout games are developed by Bethesda (and Black Isle), not Obsidian.

Edit: I thought about putting the above explanation in FAQ, it’s not actually that frequently asked

The shape and the dark color of Obsidian’s icon remind me a coffin, which is a bit disturbing

Damn, now you mention it, it does look a little like a coffin. Good thing it’s purple and not brown…

It is your crystallized (and beautiful) knowledge

It is your crystallized (and beautiful) knowledge.

This is a great reason and thought, I love it.

I got excited because I’m a fan of obsidian (the rock), but also because of Steven Universe. Obsidian is omnipresent in the show, and also excitingly climactic; of any of the names to take from SU, Obsidian would be the best fit for the writing app of my dreams: a tool that fused my desire for markdown, back linking, to-do item support, and easy publishing.

Obsidian (.md) seems closest to that than anything else I’ve found so far, so, I’m pretty stoked about the name even if it did have nothing to do with Steven Universe.

Official reason: it’s a metaphor. If your raw, unstable thoughts are lava, then Obsidian is… well, Obsidian. It is your crystallized (and beautiful) knowledge.

To weave further the thread of this extended metaphor, i just stumble upon a couple of meaningful passages from the introduction of Carl Gustav Jung’s Red Book last night : What a sync’ !

It has taken me virtually forty-five years to distill within the vessel of my scientific work the things I experienced and wrote down at that time. As a young man my goal had been to accomplish something in my science. But then, I hit upon this stream of lava, and the heat of its fires reshaped my life. That was the primal stuff which compelled me to work upon it, and my works are a more or less successful endeavor to incorporate this incandescent matter into the contemporary picture of the world.

In the end the only events in my life worth telling are those when the imperishable world irrupted into this transitory one. That is why I speak chiefly of inner experiences, amongst which I include my dreams and visions. These form the prima materia of my scientific work. They were the fiery magma out of which the stone that had to be worked was crystallized.

Those quotes are themselves excerpts from Memories, Dreams, Reflections, respectively in pages 243 & 17. I may say this is a kind of analogical transclude blocks

Obsidian is… well, Obsidian. It is your crystallized (and beautiful) knowledge.

Not meaning to sound pedantic, but Obsidian is NOT crystallized lave, on the contrary. It is lave that cooled so quickly that it did not have the time to crystallize out, which is why it is sometimes called volcanic glass.

1 environment (among others) one could think of is lava that erupts under water in the sea, where it cools very quickly. In that environment it can take a peculiar shape while cooling down, and it forms “pillow lave”: the rock then consists of rounded sections reminiscent of pillows.

Examples of lava that has had time to crystallize is granite, basalt, and many others.

All right, you know a lot about rocks,

@Daniyal-Ahmed: I did not mean to show off, but as a geologist I could not let it go. I had seen Silver’s comment before but restrained myself from appearing to be the wise guy. Yesterday she referred to it again - her comment appeared on the starboard - so I felt the need to explain a bit, with no malicious intent.

I hope I have not upset her or anyone else, but if I did I apologize.

No worries! I have to admit I know nothing about rocks, that was my layman’s description of obsidian of course.

No Klaas, You didn’t hurt anyone with your comment. I just wanted to say that you know a lot about rocks, not in a mean way, even I wrote a comma after All right. You are very much respected no need to apologize. I apologize if I made you feel that you need to apologize. Sorry!

@Daniyal-Ahmed: no hard feelings from my side either. Sometimes I can be a bit blunt, albeit unintentionally, and upset people. I am aware of that risk so try take extra care.

We can move on and continue exchanging info. Talk to you soon!

Great Klaas, you understand. Would love to hear from you!

As @Klaas noted, obsidian is an amorphous volcanic glass, not a crystal.

But I would argue that’s a better metaphor anyway.

Plumbing the depths of history, obsidian had many uses long before crystals were of much value for anything other than adornment. Give someone 10,000 years ago a choice between the two and I’m confident they would pick obsidian any day.

Obsidian starts formless and can be worked into all manner of shapes and tools–from a polished, reflective surface to a sharp blade or a piercing point. Like thoughts and ideas, the forms and uses are as endless as the mind of the creator.

Obsidian starts formless and can be worked into all manner of shapes and tools–from a polished, reflective surface to a sharp blade or a piercing point.

I like that metaphor, and agree that Obsidian can be used as a “sharp blade” or a “piercing point”. Very well found.