I noticed the bug while using the obsidian-admonition plugin. I reported the bug, but the developer said " I think this is the default behavior for the hypermd CodeMirror syntax highlighter inside a code block. Not sure I’ll be able to fix this unfortunately." Hence I am making a bug report here.

Putting a code block returns highlighting back to normal. 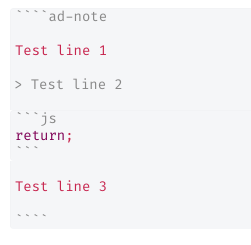 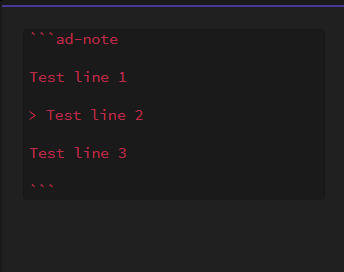 Post a screen recording of this happening in the help vault. 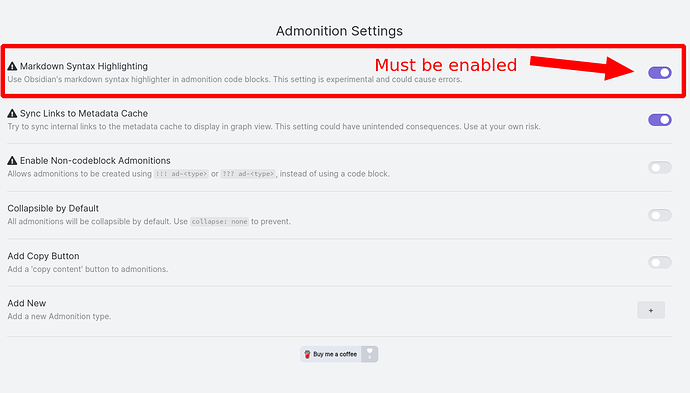 ok, I am not going to take this bug report.

@WhiteNoise
May I ask why?

I reported a similar bug that had to do with Obsidian’s implementation of CodeMirror. Initially, you didn’t want to open a bug either, but then @Licat (developer) came in and the Obsidian bug was fixed with the help of the CodeMirror developers.

That particular setting is marked “experimental” so that people would keep their eyes open and those types of issues could be tackled. I have kept my eyes open, noticed the bug and am now reporting it to be fixed. Why don’t you want to inform Obsidian developers of this bug?

If Obsidian’s developers investigate and find that the bug is in the CodeMirror, I can happily report the bug to them.

This is third-party plugin problem. We don’t provide user support for user problems of third party plugins.
It’s up to the third party author to debug the issue and if the issue is due to Obsidian core report to the dev.

This issue happens because of the hypermd syntax highlighter of CodeMirror. The Admonition plugin just creates new language modes that uses that language’s setup. 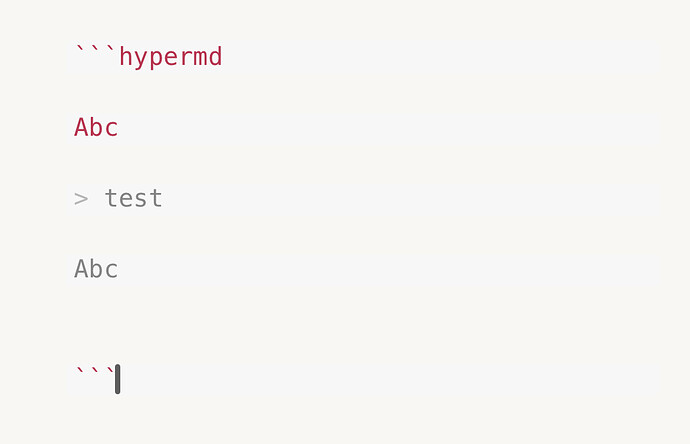 I reported the bug to the HyperMD developers 11 days ago, but so far have seen no response.