Lists, check boxes, and titles in Callouts don’t get the same functionality as they do outside of Callouts. Lists and check boxes can’t be queried by other plugins and titles can’t be directly linked to.

This limits the actual functionality of things inside Callouts as they are very powerful. They can be used to make columns, tabs, and more.

I think Obsidian possibly could treat titles and lists outside of the Callout > the same; instead of breaking the Callout: 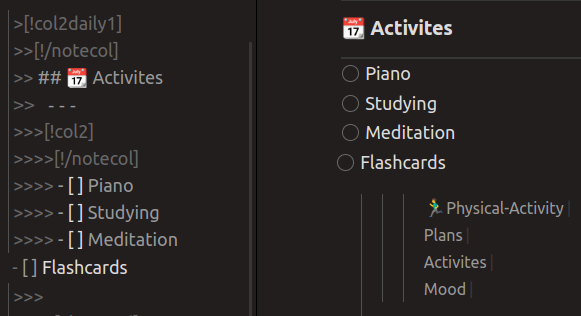 Callouts would also allow lists, titles, etc. outside of the >, similar to how normal text is treated right now: 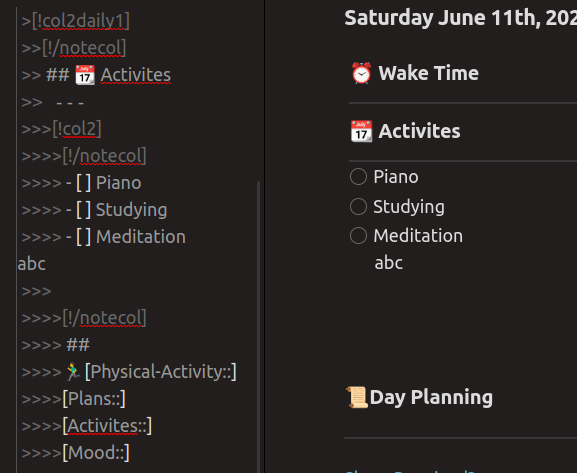 Correction:
I’ve just tested querying tasks inside Callouts with dataview and it works fine. However, the problem still persist with other plugins such as obsidian-tracker and outliner.

I feel that it would be better if Obsidian allowed for checklists to be outside the Callouts rather than plugins having to take into account checklists in Callouts.

better if Obsidian allowed for checklists to be outside the Callouts

I’m confused. Did you mean “inside the Callouts”?