Miss-format of Indented Plain Text after a Code Block

In editor note, whenever after any code block like:

The “Plain Text…” content will show in format of inline code, with CSS Class “.cm-hmd-indented-code.cm-inline-code” on.

I expect to indent items of the code block should not be inherit the parent CSS class to be a inline-code, as the code block is already end in the “```” mark. I think it is a miss formatting. 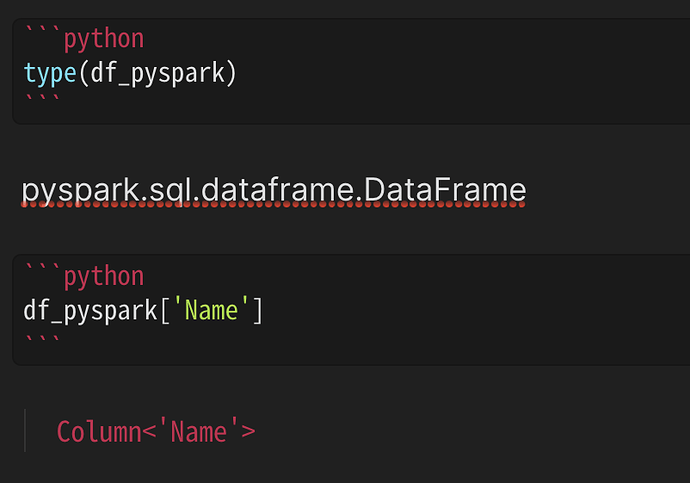 If there is any reason to not be as what I expect when doing this, please feel free to let me know.

That’s not a bug. That’s how markdown works. It’s another way of specifing code.

Not sure if I have full markdown experience. But I then inspect into VSCode markdown editor.

I find out that “after the code block, the indent plain text” is just formatted as text with the class code"mtk1" instead of inline-code class code “mtk11”

Here to just share what I found the cases in VSCode.

I am just feeling that the code formatting should be stop as the “```” code block mark ended which same as my usability perception. Should not inherit the indented plain text as it is not like the levels of lists, or the levels direct in the coding.

@WhiteNoise would you mind explain more what you mean that the markdown work as what. Through the Basic Syntax | Markdown Guide I found no direct specification about the indented object under code block.

This has niothing to do with preceding ```.

This will becomes code.