How to make multiple lists with markdown?

which I thought is a bug of Obsidian. But the developer reminds me that it is a loose list (a feature, I guess) of markdown. So I come to the Help section looking for further help.

I’m not so familiar with markdown. So my question is simple, how can I create multiple lists in Obsidian，which has a preview looks like the following: 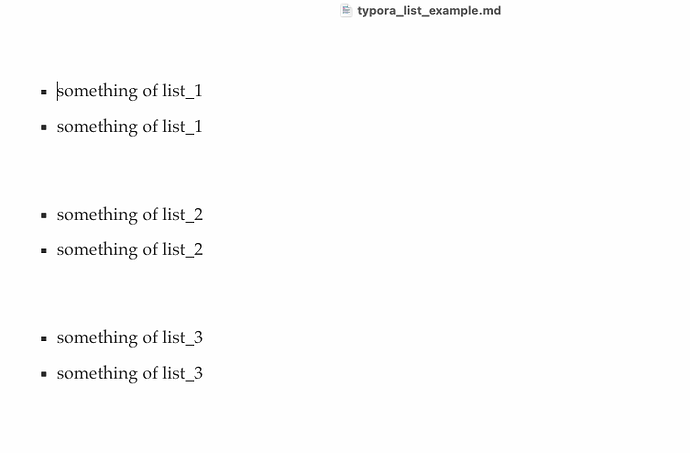 This is a “feature” of markdown.

(Is the strict line breaks preference enabled? I forget how that interferes with this, but it plays a role.)

I believe you need to add a space—literally a blank line with white space characters or similar—between the lists. Otherwise markdown concatenates them automatically.

I just tried to turn on/off the strict line breaks switch, but I did not notice the change.

I also tried to input a space or a tab, but I did not notice the change in preview mode, neither. Perhaps, the spaces or the tabs that I inputed in the empty line are eaten before they are sent to a markdown phaser?

Oh, I understand now. This is a common issue. See:
Forcing a newline / hard line break / carriage return - canonical
and: