📒 How to abandon built-in file explorer, and switch to system, where navigation happens only by following links on other notes (like dashboards)

What do I want?

What are the problems with “my” system? 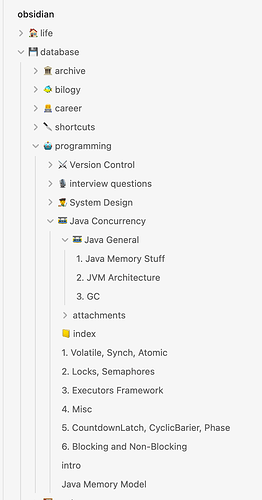 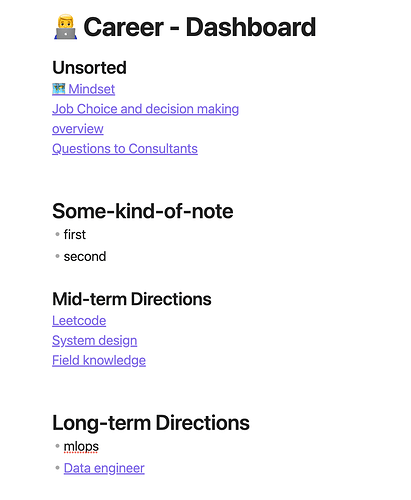 make.md plugin does something similar to what you want. https://www.make.md

Personally I simply ignore file explorer and use Starred instead. It’s not organized but it gives me the similar experience with Roam Research

How do you use starred to replace the file explorer? Set a star for every important note, even if that means starring dozens of notes? 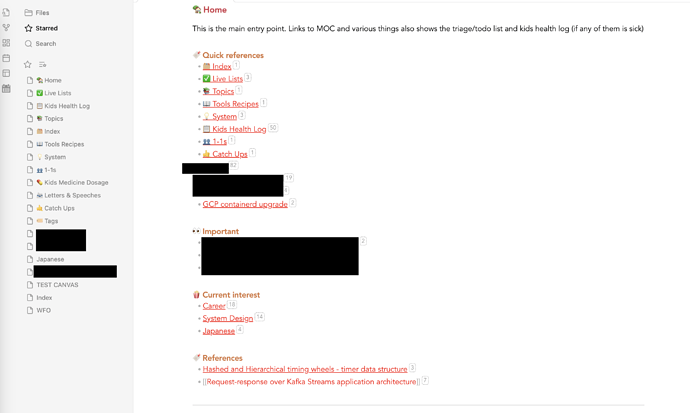 This is my current setup, there is a “TEST CANVAS” file where I experiment with the canvas feature and likely get deleted afterwards but this approach works well for me personally

I agree that the file explorer quickly becomes overwhelming. My solution was to install the
recent files plugin (GitHub - tgrosinger/recent-files-obsidian: Display a list of most recently opened files ). I find it convenient to be able to browse between my 3-4 most recent notes, and I don’t need to see my huge list of files at the top level anymore.

I’m only a newbie myself, but I’ve gone full MOC with only the bare nessecary folders.
All new notes are set up to go to an Inbox for sorting when I’ve got time.

I started with a home MOC and basically started writing a story to myself breaking down the areas in my life I wanted to segregate at a high level, like personal, professional work, etc. All of these became MOC’s.
Then I repeated this process of division and explanation, in full self conversation literally writing down what and why I needed to break them up.
I wrote blank notes on the fly in my MOC knowing I had at least though about it enough to know it was something that needed to be captured and I can fill in later.

For me this was the most organic way I could start my second brain.

I use both systems honestly.