Some features that apparently stand are features—e.g., title bar, status bar, scroll bars—are missing from my installation. Recently I lost control of Obsidian when I could not find a way to exit from the graph view. I suspect that’s related to these mossing features.

I use the app on an iPhone and iPad. I have the minimalist theme installed. Also the hider plugin, but I have not used it to hide any thing.

I would like to have the missing features installed so I can see if a control that will enable me to exit from the graph view is revealed.

Does Hider hide anything by default?

I don’t think so. There is a long-ish list of options, things that can be hidden. Including the items I mentioned. None are turned on.

I just attempted to edit my original post. The edit button was displayed. When I went to save the edit I got: “You are not permitted to view the requested resource.”

Are the features still missing if you use the default theme?

Can I switch themes without messing up my configuration?

Yes. All the settings for your theme will be preserved.

I switched to the default theme. I think I see the title bar, but not status bar or scroll bar.

Well, it’s progress. Have you tried Restricted mode to rule out plugins as a cause? (You’ll need to restart Obsidian after enabling Restricted Mode to make sure all plugin stuff is unloaded.)

Tried default theme with restricted mode on. I see the title bar on notes. I don’t see status bar or scrollbar. 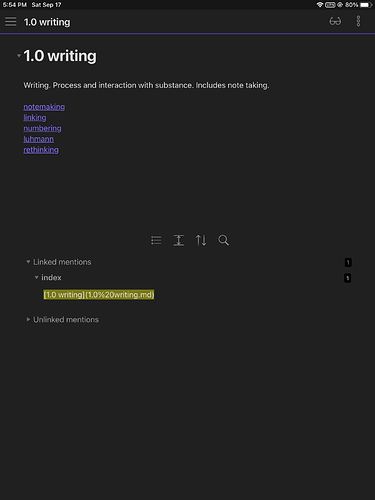 With restricted mode on and minimal theme active even title bar doesn’t display.

I think that note is too short to show a scrollbar. Try one that is longer than the screen. (Also on mobile the scrollbar doesn’t appear until you scroll.)

The status bar doesn’t exist in the mobile version. Some of the things that appear in it on desktop are in the top of the right side pane.

I cropped the image. There was nothing below what shows in the image. I’ll check this out on my notebook. So thanks.

By “too short” I mean there isn’t enough text. You can just press keep pressing Return and I think you’ll see a scrollbar appear when the cursor reaches the bottom and you press Return again.

At my notebook now. Changed to default theme and restricted mode on. Looks like I have title bar, scrollbar, and status bar. Just guessing, though, as I have no previous idea what any of these should look like.

Forgot to attach the screenshot. 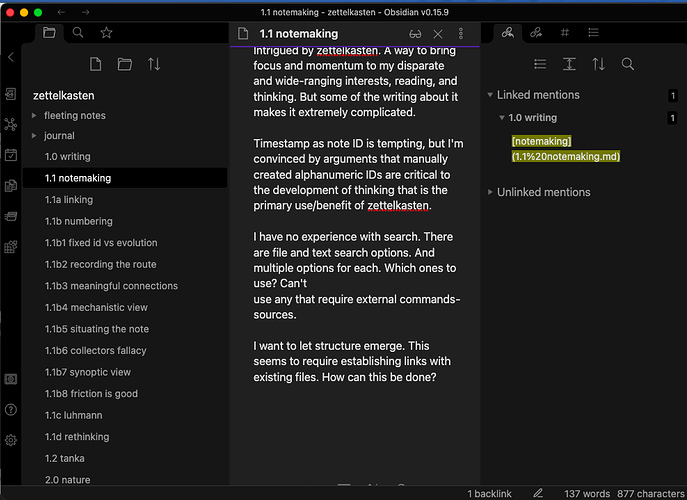 Scrollbar doesn’t show. Disappears when not actively scrolling. But it’s there.

Actually this might be an Obsidian bug on MacOS. Hidden scrollbars is a MacOS feature.

Edit: When turning on “always show” on scrollbars in MacOS, you have to restart Obsidian.