I searched in the forum, seems that there is only one topic related. And it is about generating newlines with an empty $$ Latex equation call.

Text/equations right after a Latex equation block generated by $$sample equation$$, no extra space in between.

There is a <br> below $$Latex equations$$. No such a problem with $Latex equation$`
(I’m using the mouse cursor to select all text so that newlines are easier to see) 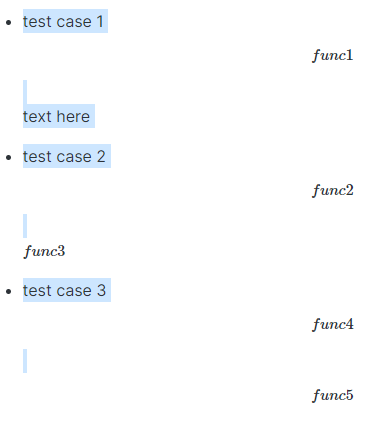 Yea I also came across that Bug several times.
Just got used to add an emtpy line after my $$Latex equation$$. Oddly that extra line will get rid of the
in viewing mode.

When there is some text in a line immediately following a math block, it produces more space than if there was a blank line between the math block and the text.

Because case 2 has a blank line in between, one would expect that case 2 should produce equal or more space between the math block and the text compared to case 1.

Case 1 produces more space between the math block and the text compared to case 2. 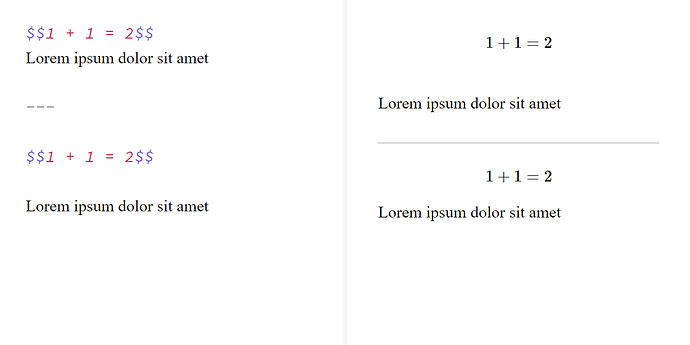 Inspecting the HTML, I noticed that in case 1 there is a line break <br> between the math block and the text. I initially tried hiding the line break but this caused a problem:
Case 3

If a math block was followed by some text in the same line, the subsequent “Text” appeared on the same line as the first part because of the missing line break.

This JavaScript code fixes it in preview mode. However, this is temporary and does not work for exporting to PDF.