Hi, I have been thinking about different use cases and trying to move over some of the material I have in other note taking apps.

One popular use case of Obsidian appears to be note taking while reading books or articles. PDF documents are supported, but other ebook formats, first and foremost EPUB is not. Considering that an increasing amount of academic literature is published in this format, and of course most fiction and non-fiction ebooks are already available as, or can be converted to, EPUB, I hope that support to embed this format is going to be considered in the short- to mid-term.

I mentioned this on the Discord the other day and +1 feature request. I managed to hack in epub.js but it would be nice to have it natively! 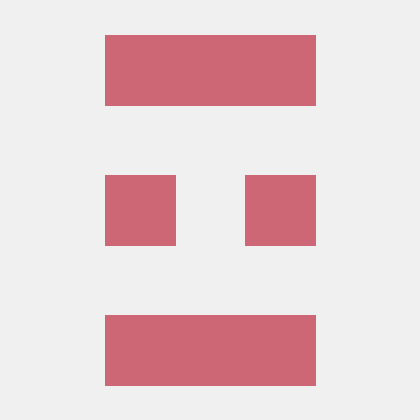 Enhanced eBooks in the browser. Contribute to futurepress/epub.js development by creating an account on GitHub. 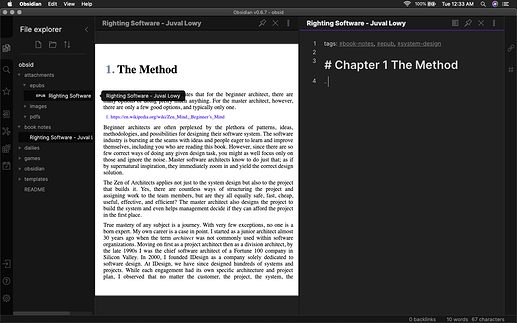 Oh, I must have missed it on the Discord server. Yes, hopefully it is going to be implemented - at least via a plugin. Eventually, it would be great if we could highlight text to easily ‘export’ into a note as well. Well, one step after the other…

Epub support would be killer. I hardly think of it because I don’t think very highly of a lot of desktop apps for it, but yeah. I think this is a great idea.

You can convert EPUB into Markdown in one click… just google it. You don’t need plugin for this…

Take a look at Pandoc. It allows for very simple conversion from epub to markdown (and also into any other imaginable file format).

You can also highlight and annotate in an epub reader/manager, like Calibre or MarginNote, then export those to Obsidian.

Not a direct integration per se but worth letting apps that already handle media deal with it rather than turning Obsidian into a kitchen sink. What’s next? Native mp3 and mp4? Just saying it would benefit us all if the core devs continue to focus on the core value prop.
</end mini-rant>

If we have PDF support (which is probably going to improve in the future), epub support is a likely feature as well.

Obsidian is still in beta, so of they got other things to worry about, but I wouldn’t rule out the epub possibility so easily. Its not something I see as a high priority, but if announced, it sure wouldn’t make me raise an eyebrow like an mp3/mp4 addition would. Its not even in the same ballpark.

However, your point is noted that Obsidian wouldn’t be do good to just add every little thing. I just don’t see epub support in the distant future as a necessarily pointless addition.

I do agree with you that if it adds value then ideally the team would take it on. As a pure epub reader I don’t see it but having a reader with tightly integrated highlighting and annotation then that could be something. That said there are enough solutions out there that it would be a big lift just to get to feature parity.

@shindakun Do you happen to have a gist or repo with your work on integrating this with Obsidian? I’d be happy to have a look at turning it into a plugin.

We can combine Calibre’s content server with iframe in obsidian to view epub, mobi, etc. ebook. I think this is the easiest way to read ebook in epub.

Since Obsidian can’t render the epub file as it does to a pdf file, the best way to read the epub ebook in the obsidian is by combining the calibre content server and iframe html. It would be helpful for those who want to take notes from the ebook side by side using obsidian. The first step would be starting up the content server. For that go to open calibre - go to preferences - go to sharing over the net - click start server - note down the IP and port. Open obsidian and copy-paste the …