I just downloaded the Obsidian app on the iPhone and I was wondering if there was an option to change the app icon? I think it would be cool to remove the white background and make it transparent or dark so it better matches dark theme on iPhone. 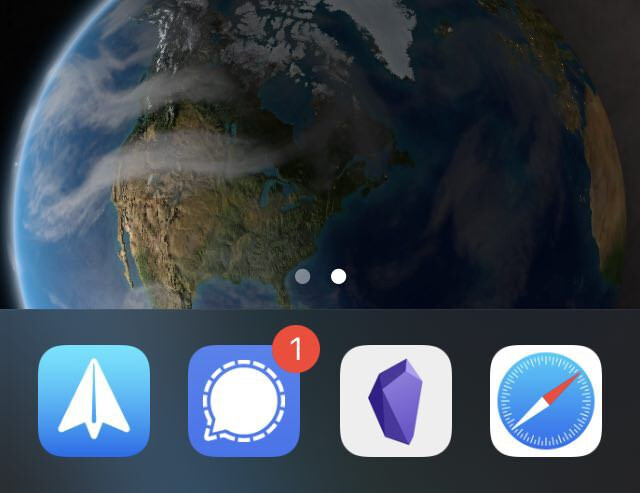 There isn’t. I think there are apps that let you set custom icons somehow?

I think you’re right. Most other iPhone apps just give you the option in the settings / preferences.

Maybe a mod will see this post, and put it in feature request. Would be cool to see an update with this option.

Shortcuts does can do it. How to Change App Icons on iOS 14

When I first tried it (iOS12,13?) it would launch shortcuts first then the app. Nope! I think it’s smoother now.

Sorry, I meant I think there are third-party apps that let you set icons of other apps, and you might be able to use one to change Obsidian’s icon. But ariehen’s suggestion sounds better.

Thanks so much for the pointer - used Shortcuts as per the linked article and it works.

Yep, the new icon is badly scaled, and I had to zoom all the way to avoid Shortcuts giving it green borders … but it’s so much less harsh looking than the default white box?

Looking forward to a “proper” dark mode icon, this will do me for now.

Used icons from Big Sur icon - after that screenshot, I switched to the icon from that link with a lighter background, and suspect all this really needed for me was not having harsh rgb(255,255,255) white surrounding the icon.