In anticipation of macOS Big Sur, I’ve tweaked Obsidian’s icon according to Apple’s guidelines and some personal preferences. 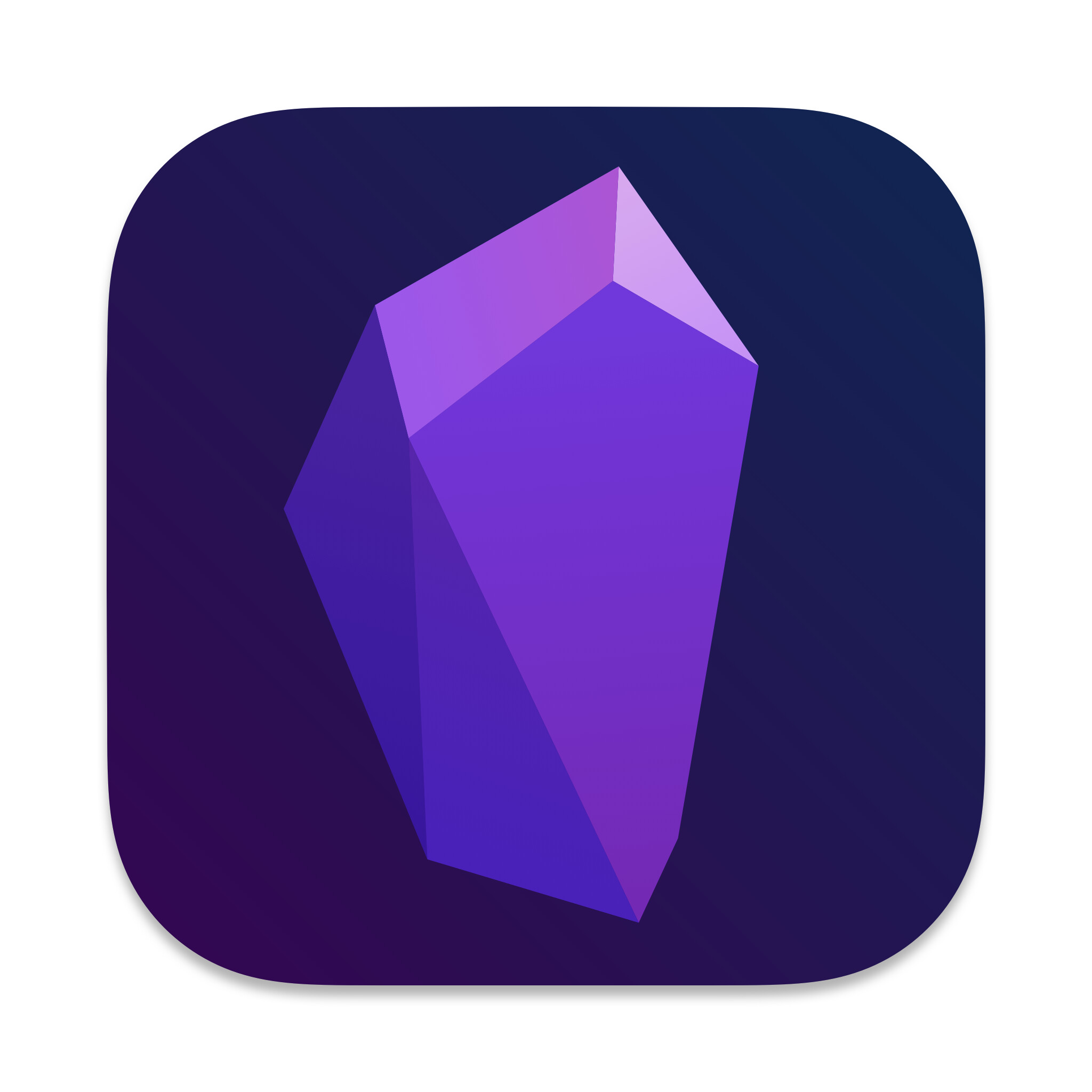 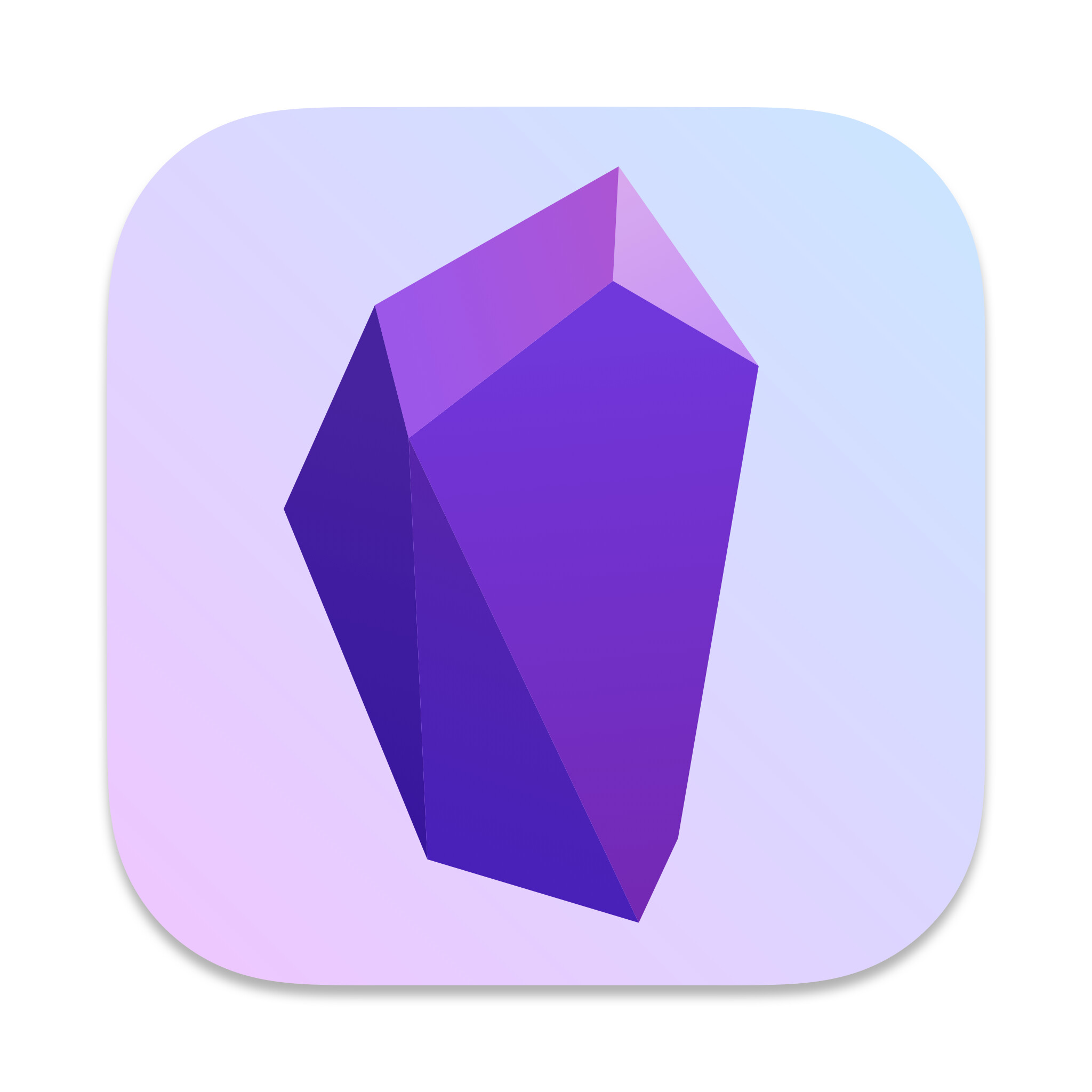 Anyone on a Mac can:

Yes, it was. I’ve just corrected that with a dropbox link.

It must have been converted by Discourse, idk.

Thanks for the warning!

Thanks for the suggestion.

Not much definition – mainly monotonic – in the dock.

You’re right. I believe that’s more of an issue with light backgrounds and surroundings like yours. I use the dark theme, so the square almost disappears and the obsidian piece stands out a bit more.

I’ll work on some alternatives and update this post. Thanks.

I love the light icon. It might be interesting for macosicons.com, since it’s cleaner and clearer than the ones already uploaded there.

I’ll submit them both to macosicons.com. Thanks for the tip.

The light one is bangin’ dude, thank you for doing this.

Here is another one coming from Obsidian’s Reddit https://www.reddit.com/r/ObsidianMD/comments/mq48q2/made_a_big_surlike_version_of_obsidians_icon/

Somehow it disappeared from macosicons.com, do you have an .icns File somewhere else?

Yeah, I guess there was an update to the site, and it must have been automatically removed or something. Anyway, you can you take the PNG on the original post and create the .icns using one of several online converters.

By the way, I’ve also made this more realistic icon: 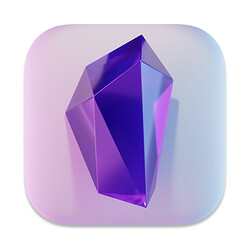 Some will prefer it, some won’t. I intend to use it for a while and see how it feels.

As an alternative means of installation that worked for me, you can also change the .png extension to .icns and replace the “Obsidian.icns” in the Obsidian “contents”:

Cool! I didn’t know that!

Love this one. Got that neumorphism vibe to it. Thank you! It sits so nicely in my dock.

Now, if only Calibre had a ‘modern’ product icon.

Now, if only Calibre had a ‘modern’ product icon.

I hear you. FWIW, there are a few better alternatives floating around the webs.

Took the liberty to make my own Calibre icon. Tried to stay as close to “the original vibe” while making it sit nicely in the Mac OS doc. The background might be a bit too dark-ish.

Calibre itself has some quirks. As you know.

Next to changing the .icns in Resources, you’d have to exchange the icons also in “Show Package Contents” → “Resources” → “Resources” (Yes, again) → “Images” and replace the images there too. The named image files are in the zip below. Drag 'n Drop and done. 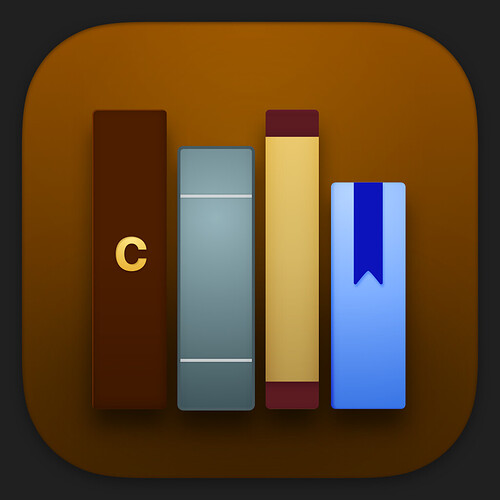 Here is my attempted Obsidian icon on Big Sur: 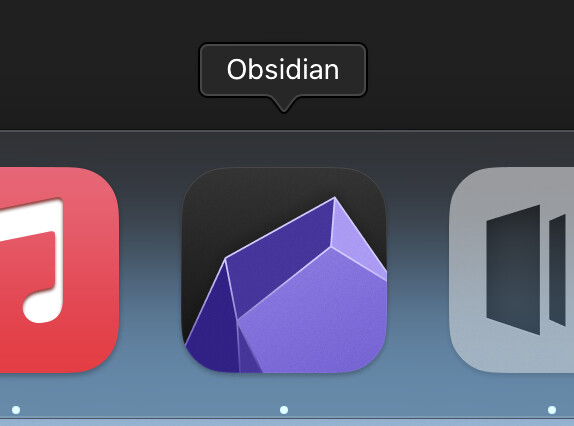 I wanted to focus in on the Obsidian shape and add some nice shading/texture.