It would be easier to find starred notes if they had a star symbol next to the file name in the file explorer (and quick switcher, search results, …). As it is now, I have to switch to Starred mode to find out if a file is starred.

Also, it should have a star symbol when viewing the file itself. Currently, I do not know if the file is starred unless I switch to the Starred view or click the “…” menu of the note.

Currently, I do not know if the file is starred unless I switch to the Starred view

Yes, I also could not find any other indication of which notes are started, other than going to the starred list.

It would be helpful to have global/persistent

-indicators next to any/all references to that filename if it is starred.

I have simulated this feature with the star-emoji, but I have to manually edit the folder/file name. 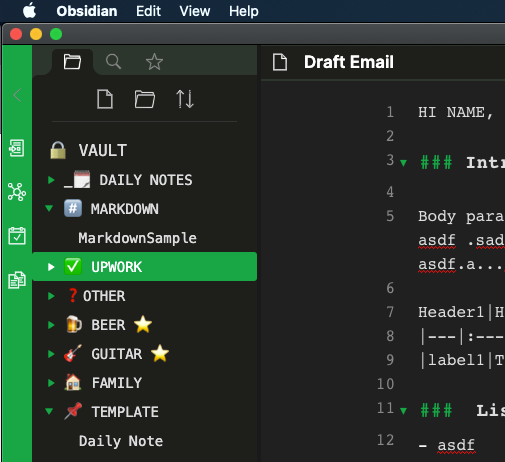 Also, it would be nice to keep favorites at the top, regardless of selected sort order.

I agree. I assumed that the note was going to be marked with

and therefore almost thought that I had encountered a bug.

symbol! would be great!

+1 to this! At first I thought the “star” feature was broken because there was no visual indicator. How about something like this?

I think what you guys want is in this plugin: 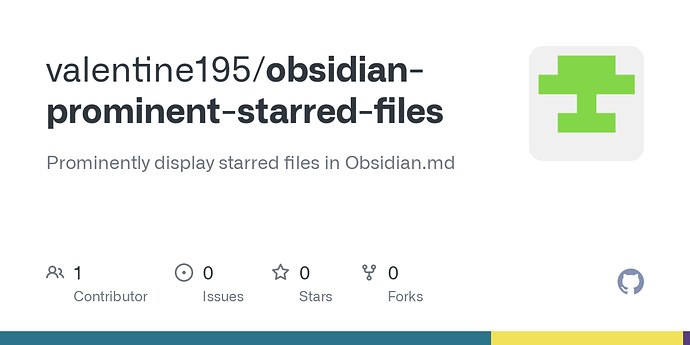 Prominently display starred files in Obsidian.md. Contribute to valentine195/obsidian-prominent-starred-files development by creating an account on GitHub.

Have a great day!