The outcome is similar for workspaces saved on Desktop and opened on Mobile. 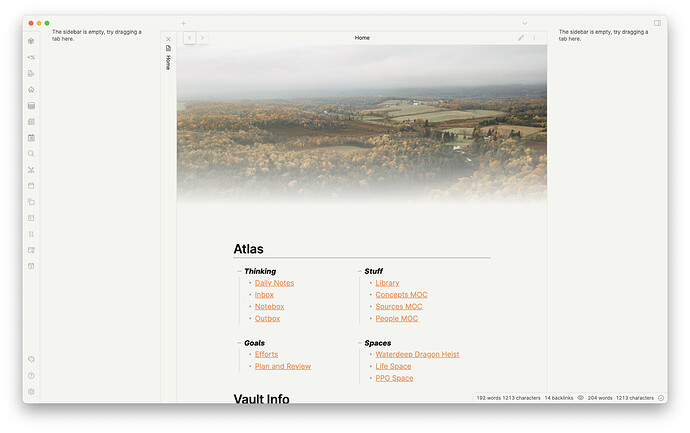 Desktop/Mobile workspaces are now incompatible. We have not decided yet if we want to explicitly forbid loading a mobile workspace in desktop even in its broken state.

Thanks for the note! It was definitely alarming when it happened the first few times since it looked like I broke the app and it wasn’t clear at first that it was due to the loaded workspace.

My big use case for workspaces is controlling the plugins that are included in the sidebars (particularly on desktop). I have some that I only want in the sidebar if I’m doing certain activities – but they are there by default when I open the app. Using the Homepage plugin to set my Home to a workspace is the best way to meet that need – except that the Workspace I set as Home will be incompatible with my mobile devices.

I’m hoping y’all figure out a way to handle it soon. Workspaces seem really useful, but the value of them is pretty limited without a temporary fix that at least prevent it from breaking the layout on the wrong device.