I have a good idea for Windows. I have several vaults and occasionally open them all regularly, but I want to avoid merging them because they are area different. How about opening them directly by right-clicking (for right-handed people) in the taskbar, like Firefox does? 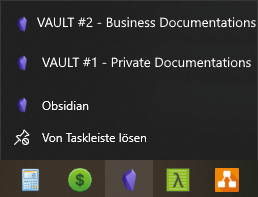 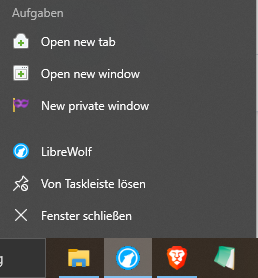 I’d love to see this, too. ObsidianMD is built with ElectronJS, which does have the ability to customize the app on the taskbar.

In the meantime, a workaround could be to use the Obsidian URI in a shortcut. On the Windows desktop or somewhere, you can create a new shortcut that will open a particular vault in Obsidian. For example, you could make a new shortcut to open a Recipes vault with the URI obsidian://open?vault=Recipes. Older versions of Windows would let me pin that shortcut to the taskbar, but I haven’t figured out how to do that in Windows 11. 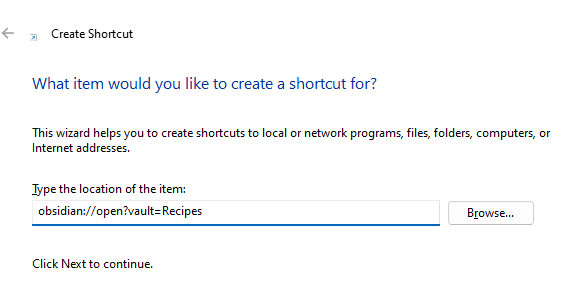