You will then see, that subtitle and the next title will have no gap between them, which makes reading a bit difficult.

If you add a newline before “# Title B” you now have a fitting gap.

So far so good.

But now expand and fold the subtitle again!

You will see that the subtitle “ate” the new empty line!
Will leads in the subtitle growing over time with more and more empty lines and you never will have the distance between the titles.

For folding, only fold up to the last line with content, but NOT empty lines!

Trailing empty times should never be folded - they don’t belong to the folded section but to the containing file itself.

Did not yet get much attention

But I think it is obvious … probably, I could not make my point clear enough.

Any section should END with the last line of content!

This seems logical, but it is not currently true in the implementation.

It should be fixed easily.

I retitled the thread to emphasize the request rather than the problem. (Was “Folding does fold too much - including trailing empty lines”.)

That does not remove the problem, or?

The previous title stated the problem that the requested feature would solve. The new title describes the feature itself.

If you mean this doesn’t solve the problem, that’s true.

Here is a screenshot highlighting the issue: 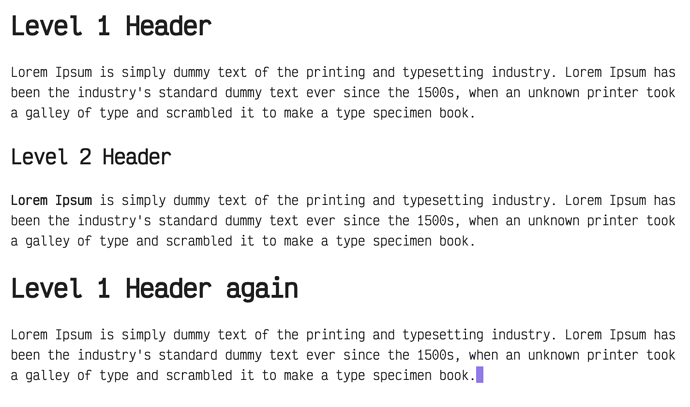 An empty line after the folded heading would make the fold look better. Currently it hangs ontop the following heading.