Vaults show up as split programs or the same program randomly

I have 2 vaults. Occasionally, these vaults show up as different programs on my desktop, and other times they show up as the same program as such: 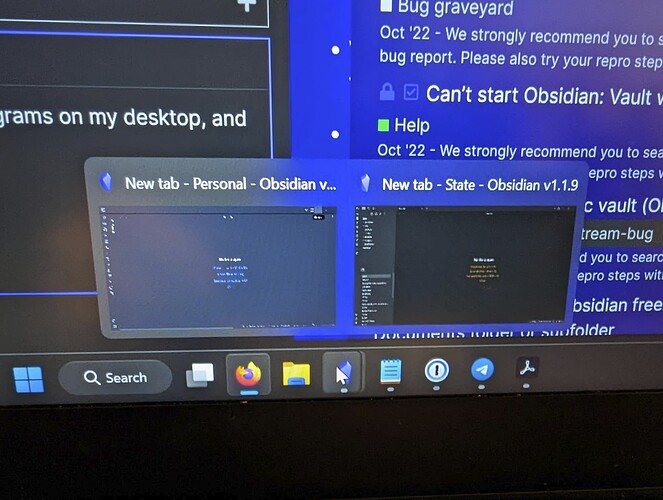 image1920×1446 168 KB
I would like for there to be a consistency to the way the two vaults show up on my Windows 11 desktop, preferably as separate program icons.
I am not sure in which case the vaults show up as different programs, versus the same icon with two options as shown in the image.
CawlinTeffid January 10, 2023, 7:50am 2

The icon under your mouse looks like 2 icons stacked (compare its right edge to the edge of the Firefox icon)— I think Windows is doing it to save space on the bar. Look for a Windows setting to change that.

That makes sense. Which windows setting resolves this?

I don’t know — look around in settings. I forget what that bar is called (taskbar?) but I think there’s a settings screen for it. (I barely use Windows these days, otherwise I’d be able to help more.)

Here are all the taskbar behaviors: 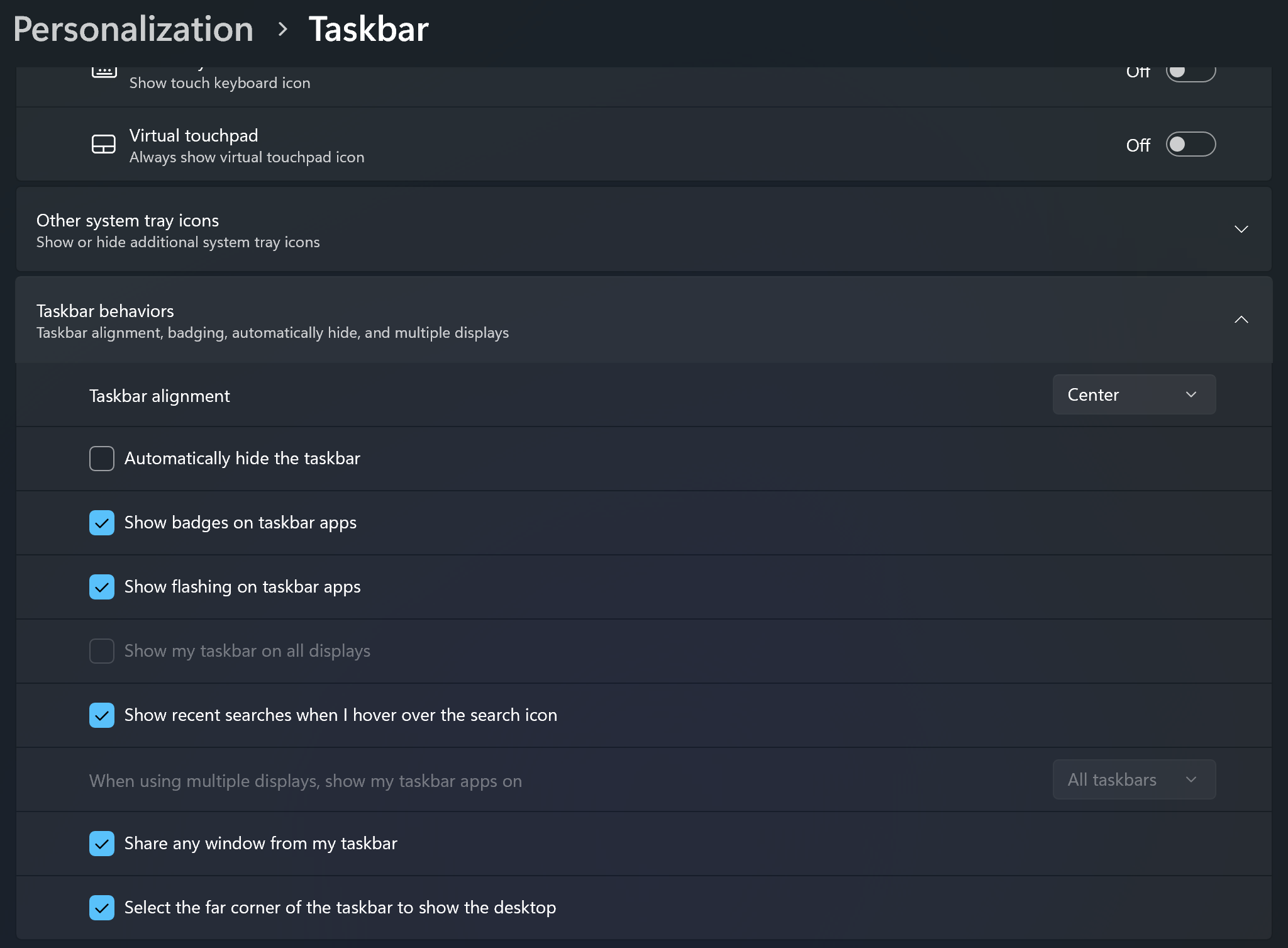 I believe that starting from Windows 11, they removed the option to show multiple windows as a separate window, so it would be great to simply have this embedded into the obsidian software itself.

This isn’t something Obsidian can control. 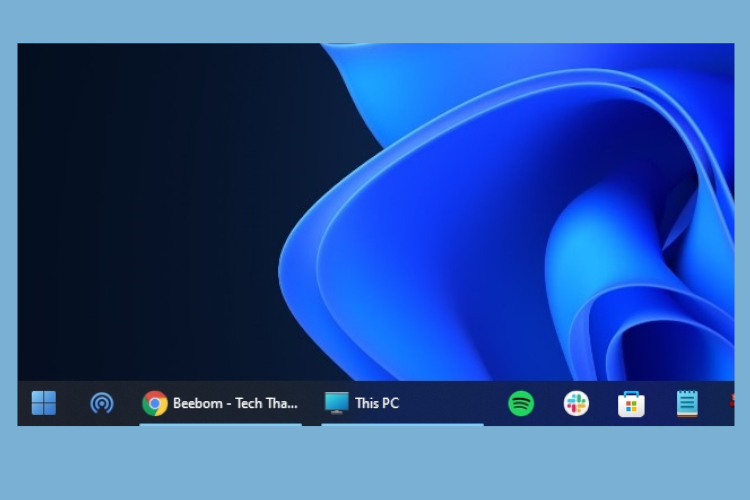 How to Set Windows 11 Taskbar Icons to Never Combine

Learn how to ungroup Windows 11 Taskbar icons and set them to never combine using third-party apps like StartAllBack and ExplorerPatcher.

Topic should be moved to help.