The newer versions of the Dice Roller plugin allow “rolling” text components and table content from other notes. This inspired me to (mis-)use the Dice Roller to generate writing prompts. 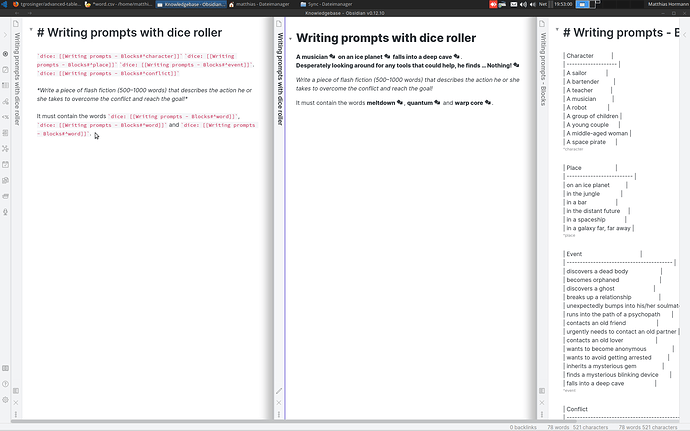 You can of course add your own prompting texts, additional tables and whatnot.

Let us know your inspirational ideas for writing prompts!

This is an amazing idea. I am totally going to use it.

There a many possibilities for creative spaced repetition with this.

Will it be possible to draw variables from different notes ?