My current setup involves this templater code in the readwise highlights section:

and this script in the scripts folder of my Obsidian vault:

In theory… this should work.

If I app.vault.read the file after I app.vault.modify it to remove the tabs… I can see that the tabs are removed (see bottom left part of each console.log). 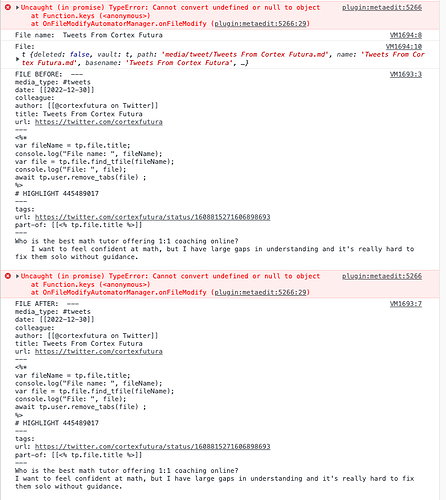 (Note: I don’t think the TypeError from Meta Edit is relevant here.)

Yet, when I look at the file after templater has ran (and I know it has because the templater code is gone from the note), I see that the tabs are still there:

Hey everyone. I noticed that the Note Refactor plugin doesn’t work when there are tabs. Demo:

So, I want to remove all tabs in this note.

Except… this note was created automatically by readwise as an import.

I don’t want to have to do this for every note readwise imports.

I’ve not seen too much on the rest of your script, but I would rather use “\t” to match tabs, then an actual tab inserted into the string.

And shouldn’t you await the modifying of the file also? And check for error result of the various calls (if they give them). 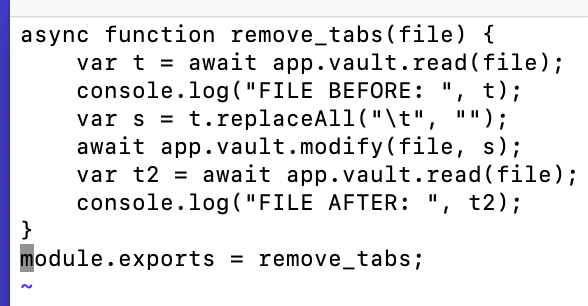 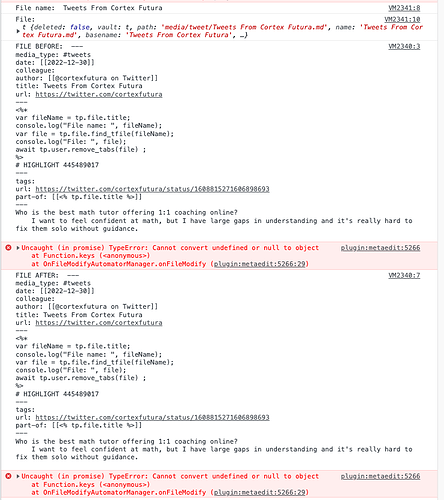 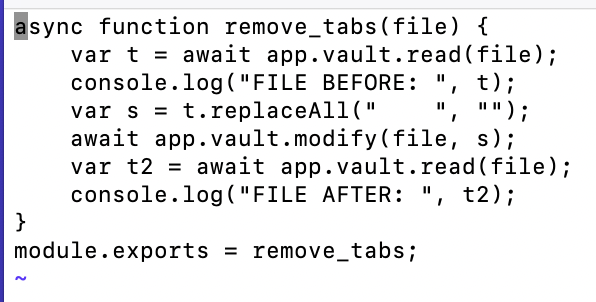 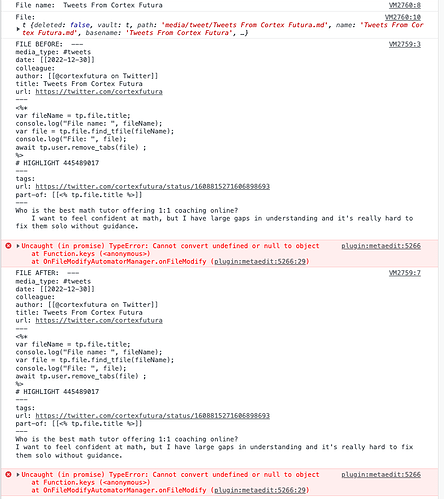 Same thing as before: it shows that the tabs were replaced in the console.log, but the note itself in obsidian shows no tab replacement: 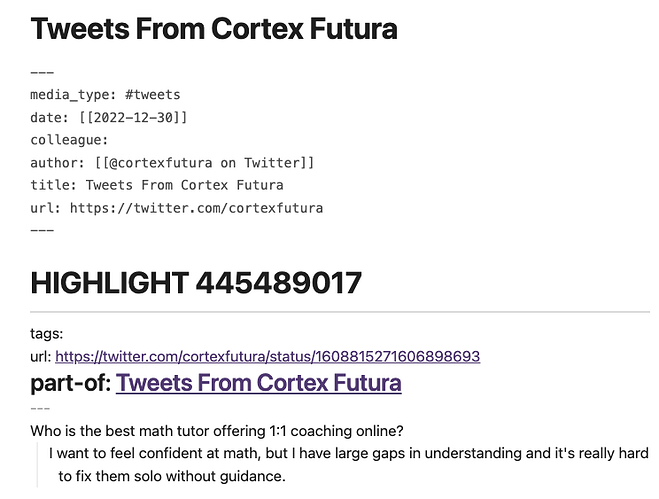 My current setup involves this templater code in the readwise highlights section:

Yet, when I look at the file after templater has ran (and I know it has because the templater code is gone from the note)

Does that mean you’re running the script from within the file itself?

If that’s the case, that could be your issue as well. Then that would need to be kept in memory, whilst you then reread and change the file. If nothing else that does sound like you’ve got some unhealthy race conditions going on.

A few hours back I prepared a script to change the frontmatter of multiple files, and I’m wondering whether something similar could be used in your case. But I would never run that (or similar) script from within the note itself. To me that sounds like sawing off the branch you’re sitting on.