This is an idea for a new plugin that might interest some people.

I have previously used NVivo to conduct thematic analysis on transcripts. However, unfortunately, my current institute does not provide a NVivo license for my personal laptop, so I am thinking of using Obsidian instead for my data analysis.

My idea of coding my transcripts is by including identifiers whose name contains the name of a specific theme followed by a unique number. The problem here is that if I manually generate the unique numbers, the chances are that I will create, by mistake, more than one identifier with the exact same name; as shown below: 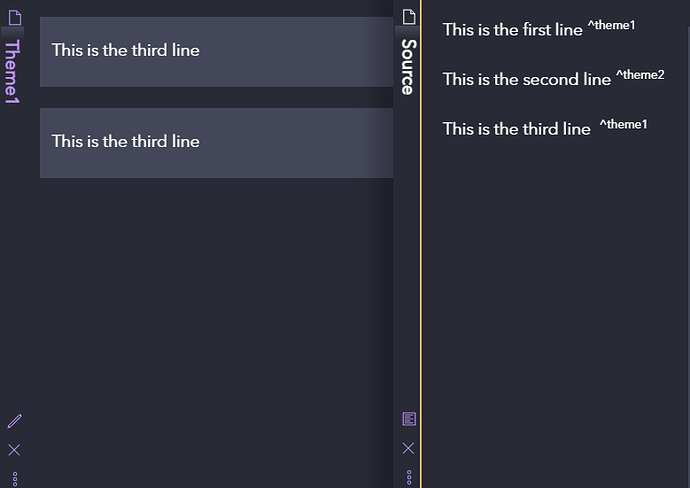 As you can see in the image above, when I used the same identifier for two different blocks, Obsidian only referenced one of them. I want to find a way to not use, by mistake, the exact same identifier twice.

It would help if there is a feature/plugin that searches for all the identifiers whose names start with the same phrase and then generate a number that is different than the ones included at the end of those identifiers.

Then, the plugin should also have a feature that allows users to insert (via hotkeys) all the identifiers starting with the same theme name in, say, a newly created file.

I hope that I was able to explain my idea clearly

I like the idea of using Obsidian for qualitative coding. I did so with a project recently, in fact. I had a set of responses to an open-ended question. Using a grounded field theory approach, I went through them by hand and linked each to themes. In the end I had a nice set of themes and examples which I could then manipulate.

Yeah, this would be manageable for a small dataset. However, what I hope to get in the future is the ability to automate this process: (i) generate a unique random number for identifiers starting with the same theme name, and then (ii) search for and insert references which belong to the same theme; that would save use so much time.

There is also the issue of overlapping themes, but I would be happy with the ability of linking a block reference to only one theme.