Today found that as I was typing in a note with ~3000 words, there was a noticeable typing (and backspace lag).

When I did this with a new note, there was no problem.

When in safe mode, the same issue happened.

When using Word and other programs, no issue.

Anybody else experience this and any fixes?

what is your version & installer version?
(Both in Settings > About)

The installer is also that version?

post a screen recording of this happening in the sandbox vault and attach a copy of the note that is causing this. 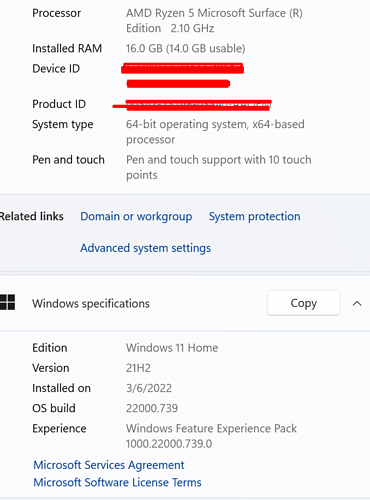 Here’s the note as well

Are you using the outliner plugin by any chance? I think it uses an editor extension. They can be quite resource heavy depending on the implementation.

I am experiencing the same issue.

The system monitor, at the time of writing displays:
up to 15% CPU, consistent 1GB memory, and 35 kb writing speed

if it dosn’t happen in the sandbox vault, it’s likely a plugin problem.

I agree. So this morning, I was on the hunt for which one so far, the first one is the culprit. I am unsure if I should state it here because I like the plugin. But now that it is removed, I am flying in my note typing. And it only started after the update to 15.9. Updating the plugin didn’t improve the matter.

Please report it to the dev on github and also let us know.