Transfer note from one vault to another

I have a couple separate vaults. (One for work-related notes, and one for personal notes.) I’m trying to figure out how I can move notes from one to the other. I read in a couple places (like here and here) that I should be able to just move the files from one folder to another in my computer, and that Obsidian would refresh and recognize them in the vault. But that isn’t working. I opened the work vault folder, and copied a couple notes into the personal vault folder in my computer, but when I open the personal vault in Obsidian, it doesn’t recognize the note as existing in the vault.

Am I doing it wrong? Is it possible to do? How can I move notes from one vault to another?

This is going to sound dumb, but are you sure you’re copying it into the right folder? New .md files should be picked up fairly immediately.

That’s a great question. I’m new to this, so maybe it’s the wrong folder? The only folder I know is the one where the vault is supposed to be, which I can locate in the finder. But when I open that folder, it doesn’t show all of the subfolders or notes that I have in the vault itself. I’m attaching screenshots, comparing what’s in the Finder to what’s in the vault, so you can see they’re different (the .md files i moved from the other vault don’t show up in this “Brain Vault”, and some of the files in Brain Vault don’t show up within its folder in the Finder window). I wouldn’t be surprised if I’m missing something basic, but don’t know what. 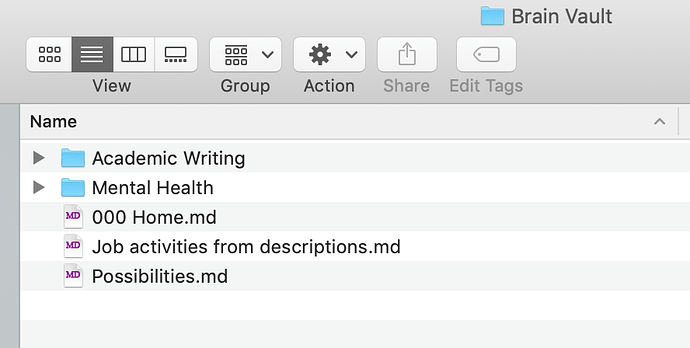 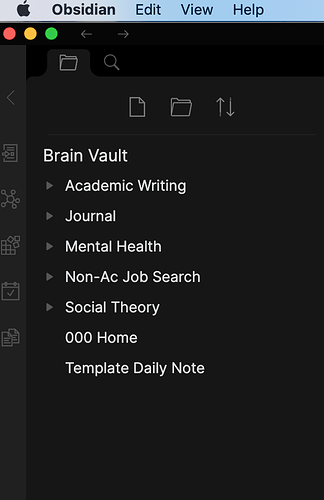 If you right click on a note in your vault and select “Show in system explorer”, where does it take you?

Whoa, interesting. Now it shows me where the note is and the folders I created in the Vault itself have updated in the Finder window. But the files I moved into this vault from the other vault have now disappeared in the Finder as well. 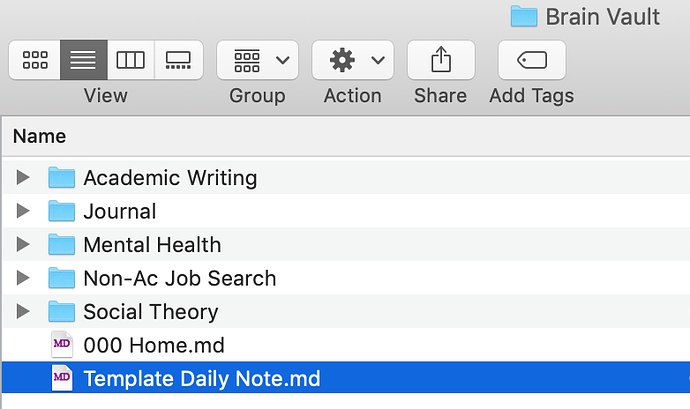 What do you mean by “Finder”? I think your last post just shows that you moved your files into a folder that is not your vault as @ryanjamurphy suggested … I guess you might have started some time ago to establish a folder system that should become your vault and then decided to put it elsewhere… So why don’t you just compare the absolute paths of your folders?

YOu very likely just have two folders with the same name, but only use that one for Obsidian… nothing disappeared or anything. Check the FULL file path of both folders.

@alltagsverstand the Finder is the File Explorer of MacOS.

Ahh, I see. You guys are right. At some point I moved it to google drive and forgot

– thanks so much for bearing with my rookie mistake and helping me figure it out. I just moved the new files to the file path the vault is actually in, and it immediately recognized them as notes in the vault, like it’s supposed to. Thanks again!