Is this normal? Isn’t the readable line length supposed to wrap the lines?

I think there is no cure for this issue right now.

Revisiting this, I’ve come to the conclusion that the ability to toggle wrapping on a table is a useful feature. Users may want to see all the text in their table (thus, wrapping) or make their table readable in plain text (thus, no wrapping). To redress this as a feature, rather than a bug, there would be a few steps required: Make the color adjustments consistent so that the table borders (- and |) are greyed out in either case Clean up handling of unwrapped (off-screen) text. This would in…

I think so too. Similar issues were raised in 2021 too but nothing has been solved. It’s works fine with ITS Theme though.

The ITS theme makes the magic. 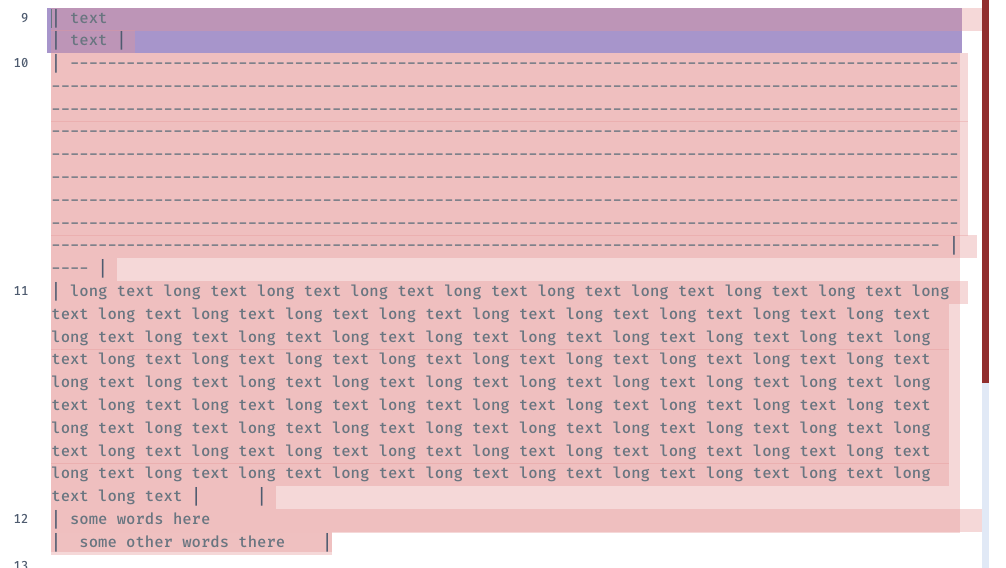 I thing the developer of ITS theme can share this to other theme developers. It is worth sharing.

Yeah. It’s my goto theme. But still hard to believe that Obsidian team couldn’t do what the ITS theme guy did. Maybe they think it’s not an issue…

If this issue can be solved perfectly by css, I don’t think the Obsidian team needs to “fix” this officially. I think the they have more important issues in their hand, such as bug fixing, enhancement, etc. The theme may be the least important issue, as there are so many excellent themes in the community.

Is there any way to specify line breaks within a table cell rather than just relying on wrapping based on spaces? (e.g. to put a bulleted list of things in a single cell)
I haven’t been able to figure this out either with default Obsidian or with the Advanced Tables plugin. Using the default dark theme, no relevant CSS tweaks.
Thanks!

That is not possible using just markdown.

I remember there is a discussion on embedding multiple lines within one table cell. But I remember it uses a HTML, and have everything in a single text line. And I think it is really difficult to read without rendering.

I’ve tried a few CSS from the forum, but nothing worked. Mainly the editor doesn’t change or line wrap. Can you post the CSS if you have it?