I love to switch quickly between list types (bullet, numbered, checklist) but the conversion from one list type to another uses 3 different shortcuts.

Let’s simplify things, but really…
Rotating between 3 lists types by pressing 3 times the same shortcut - would be simple and practical. We’re talking just about 3 list types!
A 4th switch would take you back to list 1 (ideally bullets) if you were too fast. Also, the shortcut may start from bullets each time you invoke the shortcut , there’s no need to remember the last position in the switch.

The switch order could be :

A) Obsidian doesn’t convert checkboxes at once, it needs to run the command twice to accomplish the task

I think the Hotkeys++ plugin resolves some of these issues: 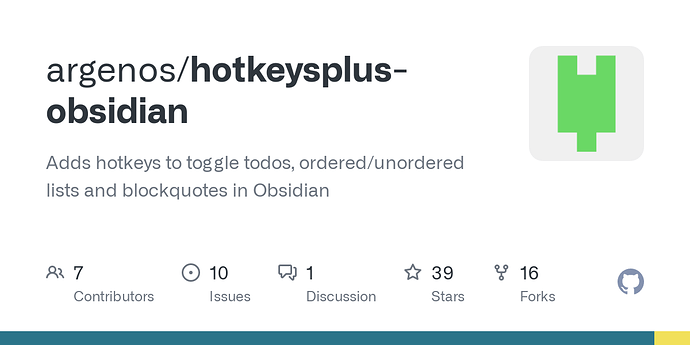