Probably this was proposed before, but I wanted to share an implementation that I found in trillium: 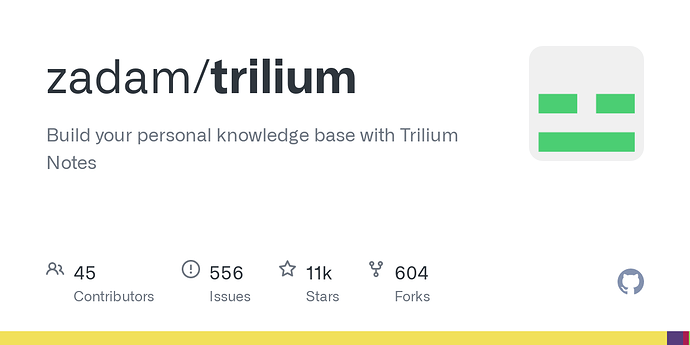 Build your personal knowledge base with Trilium Notes 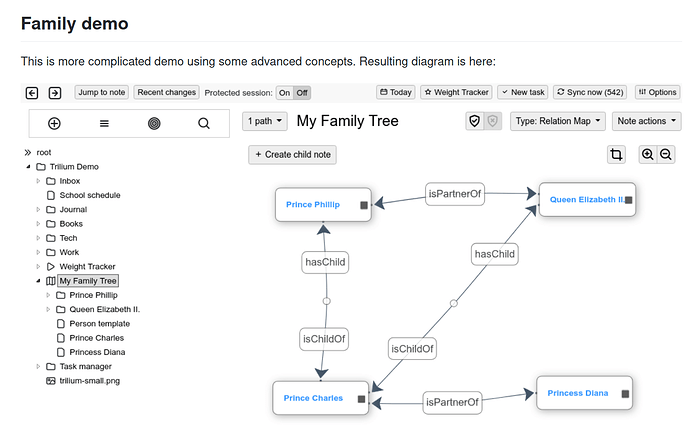 To have this in Obsidian would be helpful to organize thoughts using small graphs ( < 25 nodes).

I think the nodes can (should) be the notes themselves that we drag into the canvas. We can refactor them visually; for example, if we rename a note in Obsidian, this should also be renamed in the diagram. Perhaps this can be extended to draw groups or connect MOCs instead of just notes

Ideally, data could be stored in the markdown itself, to keep it forever simple

Oh yes! I love juggl, and I use it to make sense of the notes.

I’ve been hunting for this exact tool. Juggl is really close and actually could do it if its easier to pin items and lock them in place, resize… i may also just not be proficient enough yet to make these sort of changes.

I am also looking for a feature like that. It would be amazing if one could just link another note and add the type of relationship like: [ [Test Note1] ] (is_part_of).

Check out ExcaliBrain by @zsviczian. It is a beta release, available via the BRAT plugin. I know this sounds hyperbolic, but it is a game changer for sense-making graphs. The interface will feel familair to those who’ve ever use TheBrain. The link to this video is only a few days old and Zsolt has already added many new features. Follow him on Twitter to keep up with ExcaliBrain’s development. Obsidian ExcaliBrain - Beta Release v0.0.1 - YouTube

Loving the look of the ExcaliBrain plugin. I’ve used theBrain off and on since the old Personal Brain days. I’ve never been able to let go of that program completely, no matter how many friction points I encounter, because I’ve found the Plex so visually appealing and easy to navigate. Nothing’s ever really compared… until now. Can’t wait to see how it develops further, but even in this early beta stage it does enough of what I need!

It blasts the door wide open to different contextual paradigms for different types of data. It also greatly increases the usefulness of both the daily note, especially when they get lengthy. YMMV, of course, but I think about what happens after writing a lot of unlinked atomic notes sometimes as dropping them into a well. They’re there but in a pile at the bottom of a well. The visual feedback from Excalibrain at minimum shows from which daily note they started, assuming you use daily notes this way. It is like a webbing that catches atomic notes on their way down the well. I know this is a weird metaphor, but it was always hard to explain to people why TheBrain software isn’t really a mindmap as much as it is an alternate way of navigating, connecting, and developing thoughts. Excalibrain has now surpassed, IMHO, the usefulness of the TheBrain, but it comes at the price of choice-complexity that some might find overwhelming. 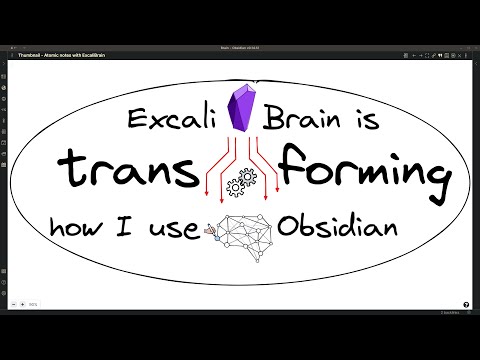