What I want to do

Each subject is a field in my daily note that denotes how much time I spent studying it on a given day. 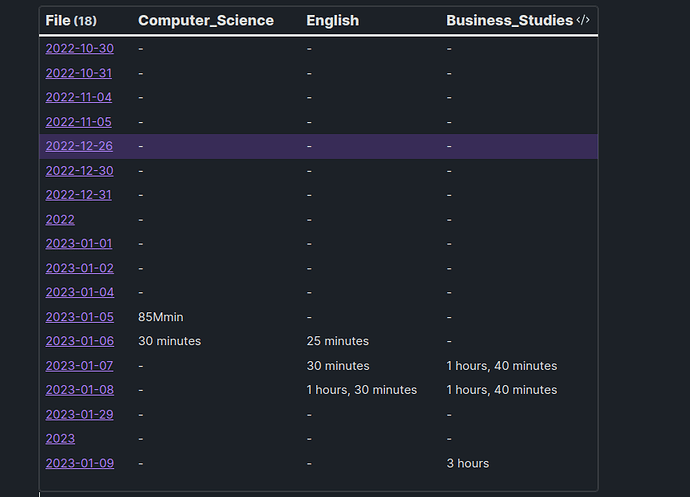 Above is the query and it’s output.

What I have tried

Non of them have worked so far. All it returns is a dash in the column next to the date. 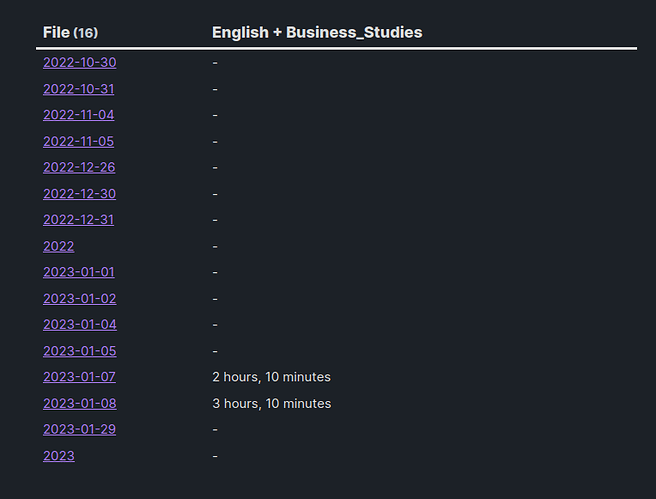 Even tho I studied Business_Studies on 9th the whole file doesn’t show up, same on 6th on which I studied English

NB! Please try to refrain from asking the same question two places at the same time. It’s confusing, and kind of messy.

Why the mysterious results

You got an error in the markup for Computer_science on 2023-01-05, with some “Mmin” stuff, which cause some issues.

In addition there is something funky going on when dataview adds a duration to nothing, which sometimes even causes files to disappear, as you’ve discovered. I suspect those missing lines/files in the result to actually be bugs/features of Dataview.

Regarding missing lines/files in the results:

One of the issues is most likely that you’re trying to add a value to nothing (for subjects you didn’t study that day). In these cases the value is undefined, and we need to tackle that somehow. My first idea was to use default(Computer_Science, 0) as com, which with nothing in Computer_Science would return 0.

However, that failed because it was trying to add a duration and a number, so after some tinkering, I found that I needed to do default(Computer_Science, dur("0 m")) as com to get a duration of zero minutes which I could use in the summation.

Some do some calculation/alteration like this in the header, but I prefer to use FLATTEN to do this, so given the previous information the query now looks like:

Which resulted in this output:

NB! Please try to refrain from asking the same question two places at the same time. It’s confusing, and kind of messy.

I shall keep that in mind from next time. My apologies.

The query did work, but when I added another field, namely “Economics”, it broke. But I was able to fix it. Just getting used to the new data command flatten.

The resource linked below was really useful since the dataview docs on github don’t have many examples and the language can get too technical. 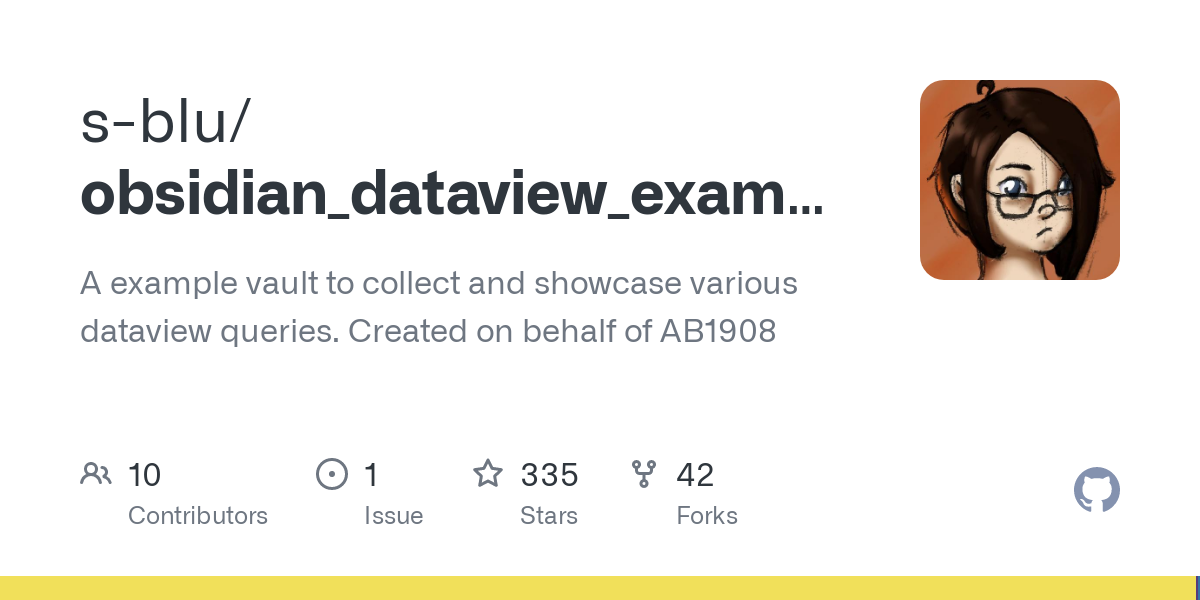 Thanks for your help holroy, by the way, which theme are you using?

Thanks for your help holroy, by the way, which theme are you using?