hmm… doesn’t seem to be pushed into Community Plugins…

This is a so nice plugin, love the idea. But my obsidian says “failed to load plugin”, my version is v0.15.9 anyone can still use? Thanks

Same here…downloaded from GitHub but it doesn’t activate saying “failed to load plugin”
Any hint? Thanks

Yall realise it’s now a community plugin right? No need to use brat or download

Wow, that’s really great way to implement this. I’ve been looking for a while how to add context when highlighting.

I’ve run into an issue though. Running Create file and push content command only pushes the first instance in the file, and breaks down at the second >>{. I’ll try to illustrate below. 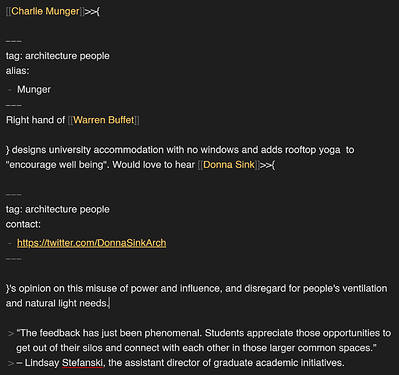 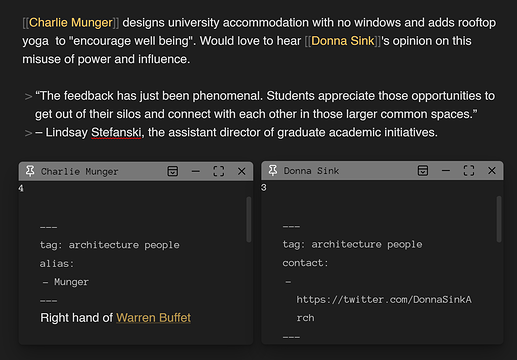 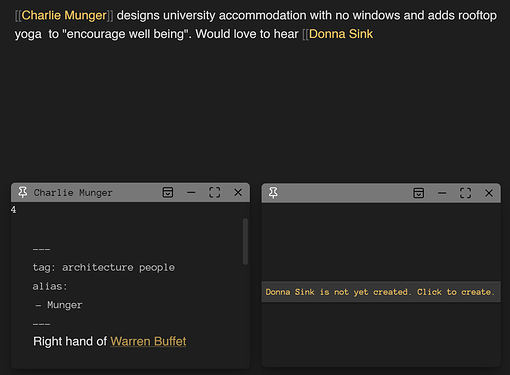 Notice that when pushed it deletes all content after the ]]>>{ including the end brackets. On a simlar note nested pushes also fail. So something like this:

returns [[Charlie Munger]]undefined and appends the half eaten contents:

I hope this makes sense. I’m not sure if it’s an issue on my end, but making this somehow work would be amazing. Thank you for all the effort @lizard_heart.