Let’s say you were typing something… and wanted to create a page for [[Andy Matuschak]]. instead of having to use something like Hover Editor to hover over and open the page up, or traditionally opening it up in a new or existing panel…

What if you could just do this?

[[Andy Matsuschak]]>>{#type/person} wrote about his system of [[Evergreen Notes]]>>{#type/concept \n - [ ] to explore further on this topic later on}.

And after the plugin runs through this line, it becomes:

[[Andy Matsuschak]] wrote about his system of [[Evergreen Notes]].

And now the page of [[Andy Matuschak]] is automatically tagged with a #type/person, and there is now a TODO task on the [[Evergreen Notes]].

Why do this? Well, imagine you are typing on Mobile, and you have access to this. This is amazing by itself because you don’t need to go onto individual pages and go back/forth. All you need to do to write some content on a page is just type [[page]]>>{pushed content} and it automatically sends stuff over like Email.

When we use it on existing pages…

Imagine while you were typing [[Evergreen Notes]] and decided to add an alias for future use. And then did these:

You can add tasks to pages without leaving the current page.

Anyone thinks something like that would be useful? I really want this feature and I’ll be willing to put up a bounty for it if anyone is interested on picking this project up.

Nominated for Most Eloquent Description of a Plugin or Feature Request–2022!

There is a consilience of need for this type of function across multiple topics and threads.

Let there be: Inline Disambiguation!

Truly! Would be all over going in on bounty too!

Been waiting since the early dayz of the PKM Wars for this gamechanger feature.

This sounds great! Not having to switch back and forth between notes and have my thoughtflow frizzled would be neat.

I don’t really understand your alias example though… Could it also function in reverse? If it occurs to me that what I’m currently writing might be an alias for another existing page, I would want to bracket the alias and send it there. (So that, since Obsidian doesn’t auto-update aliases, I at least have a reminder that I need to update the frontmatter).

For example, having an existing note [[System]] and I am currently working on a literature note on an essay by [[Author A]] and run into a synonym.

“Author A criticizes the rigid [[systematization]] of Author B.”

Would I need to add a line [[System]]>>{alias: systematization} ?

the ability to provide in-line, readable, UI-friendly, and linkable meta-descriptions about a singular term/link, at the instance of its creation

For example, having an existing note [[System]] and I am currently working on a literature note on an essay by [[Author A]] and run into a synonym.

“Author A criticizes the rigid [[systematization]] of Author B.”

Would I need to add a line [[System]]>>{alias: systematization} ?

That’s a good idea which I didn’t consider, but it could be a possible extension of the plugin if anyone ever decides to try building this one… I think most plugin authors are active either on Discord or Twitter but hardly look at the forum.

@gobbletown and @sonsche - managed to get someone to work on this plugin for a fee! Hope it turns out well

I’m just really interested in the implementations that can come from being able to push content remotely in this manner.

Haha these possibilities are making me a little giddy…

Wow, looking forward to how it will turn out!

For now, I’ve settled on the hover-editor… But still, just looking at the other note is still a danger of getting sidetracked

I stumbled upon Quickadd, where you can “capture” things to other notes without opening them …but it’s quite complex/powerful and requires some set up of macros that already goes beyond the simple aim of spontaneously sending something somewhere.

Might this plugin also employ the Quickswitcher? This might even remove the need for {curly bracketing}… finding the target note and then opening a box for the content to send there? (Though I realize some people might prefer just using the syntax for less distraction)

There’s not much point in having a quickswitcher pop out though. The main purpose or aim of this plugin is to make [[seamless]]>>{connections to new and existing notes like this} without having to leave the note at all.

YAS! This exactly is all of the things still muchly needed!

Seamless Linkage! (no clicks, no meeces, no pop-ups or pop-outs, no friction)

Some sort of, to paraphrase a quote, inline disambiguation-anator?

The plugin will be complete soon, excited

Will it be available?

Hey everybody! I made a plugin to do this! https://github.com/lizard-heart/obsidian-note-content-pusher I’ll be submitting it to the community plugin repository soon, but you can install it now if you want.

Wow thanks! I am setting up GitHub sponsors. 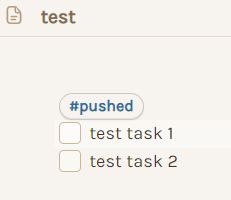 Would it be very complicated to get this to work with already existing notes?

The way it works now, you could already do this in a single step:

There doesn’t seem to be a character limit, so you could write a whole “sidenote” in the current note

Doesn’t it work with existing links?

I get this error: 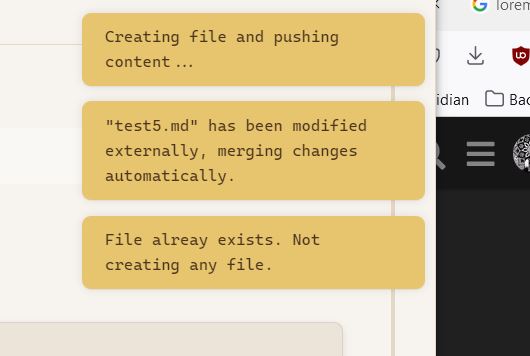 But creating a new note with content and swishing it away is already amazing for reducing friction and not getting distracted by new panes!

I imagine properly adding aliases to existing notes would probably get too finnicky, but it would be great if I could push a reminder or task for myself to create an alias to the existing note.

Yeah, wouldn’t be too hard. I’ll definitely implement that next.