I am trying to get the plugin I am developing (Obsidian Note Linker) to work on mobile. The plugin works fine on desktop. When enabling the plugin on my iPhone, I get the following cryptic error message: 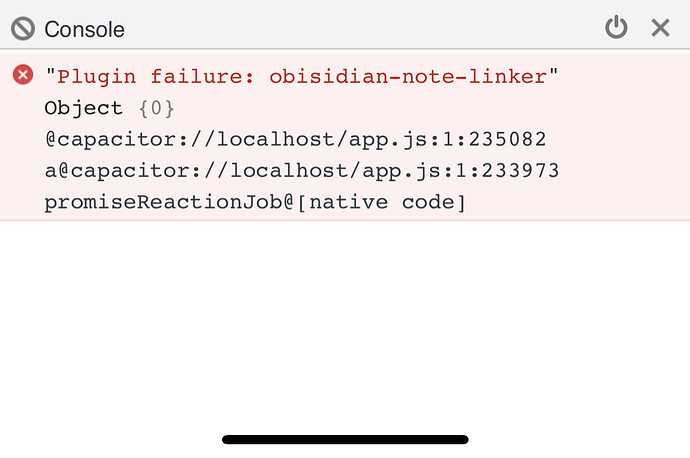 I suspect, this might be due to the fact, that the plugin is partly written in Rust, which gets compiled to Web Assembly and then included in the TypeScript part of the plugin as a b64 encrypted string.

TLDR: My suspicion is that plugins, which use Web Assembly code, do not work on mobile.

Has anyone else tried to get a plugin written with Web Assembly code to work on mobile? Or has anyone also gotten this same error message?

Capacitor should work with WASM, however, there is a pull request for a bug which effects the loading of WASM files from the static file server. The issue is that the mimetype for WASM was missing or incorrect.