Everything was fine. A couple of days ago and suddenly today I noticed that the pictures inside my notes are not visible anymore, I checked the source file and there is nothing wrong with them. then have restarted the computer and also reinstalled the app but the problem still continues to exist.

Obsviously to fix the issue, but I wasn't successful!

what is the path to this vault? are you using weird characters in the path?

As of 0.13.30+, vaults on network locations that aren’t mounted as network drives don’t work anymore 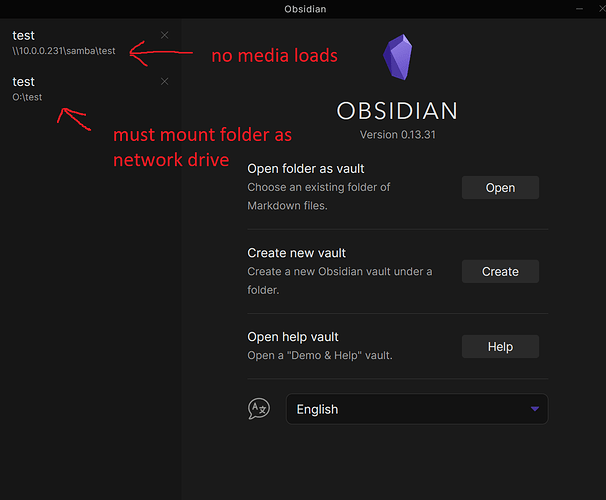 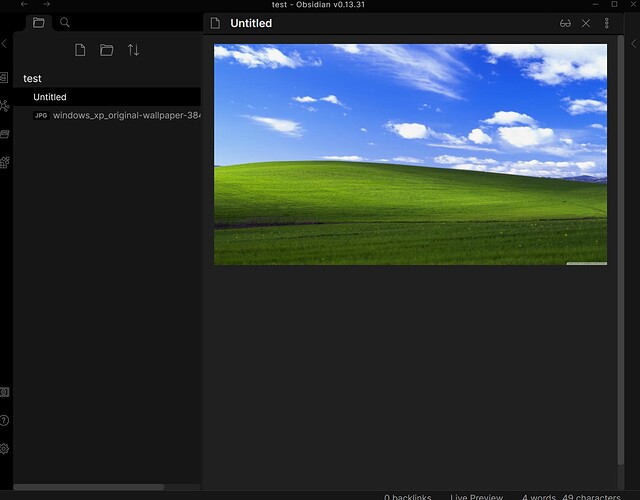 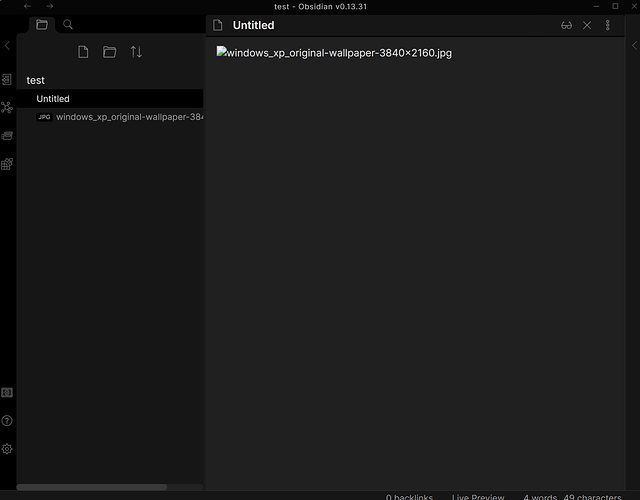 So instead you have to mount as a network drive (with a drive letter), and it should work again.

Otherwise, remove obsidian from program files, and the AppData folders associated with it, reinstall 0.13.23, and turn off auto updates. Kinda annoying, as now obsidian takes up an entire drive letter on my pc, when previously I could point to a network location in the address bar above, but it’s the only working solution I could come up with.

We don’t support nor recommend you use network drive.
Some filesystems features that obsidian uses are not available on network drives (such as directory watching). Use at your own risk.

Actually this was disabled in response to a potential security vulnerability related to resources hosted on a public network share controlled by an attacker. This has been identified and fixed in the latest public release, which is why you’re seeing the issue.

I have created an alternative mitigation for this vulnerability which would still allow opening a vault in a network share and being able to view its image files. We will ship that soon, in the next major release (0.14+).

Note: You are going to need a samba server.

On a Windows 10 machine.
Right click on This PC > Add a network location

Drag an image to it. The image might load but after restarting obsidian the image will not load

I expect the image to load on a Network location Vault.