The issue has been happening with me ever since I installed Obsidian which is around a year ago. I have not installed any third party plugin etc. I am using it straight out-of-the-box.

When I switch to a different virtual desktop on my Mac, then even if there is an another app running on that virtual desktop, the Obsidian will appear there on foreground while switching.

The Obsidian should only appear on one virtual desktop on which it is opened.

As shown below, the actual app is opened on desktop #11. However, the app is still shown on foreground of all the screens such as on desktop #10 and desktop #8 as shown in next screenshots. 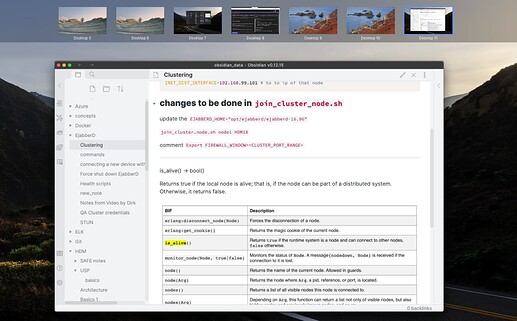 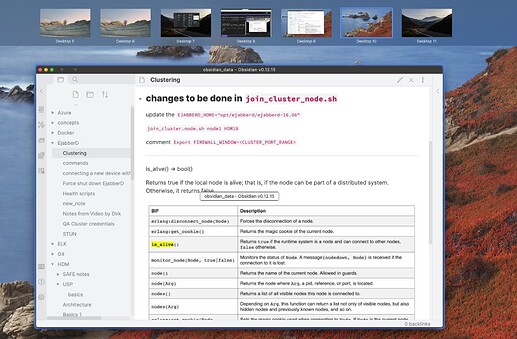 I can’t reproduce this.

Hey, my name is Shirley and I have exactly the same issue.
I am looking for a solution and will come back to you if I found one!

I HAVE FOUND THE SOLUTIOOOOOOON !!!
Just do this and you will be free!!! 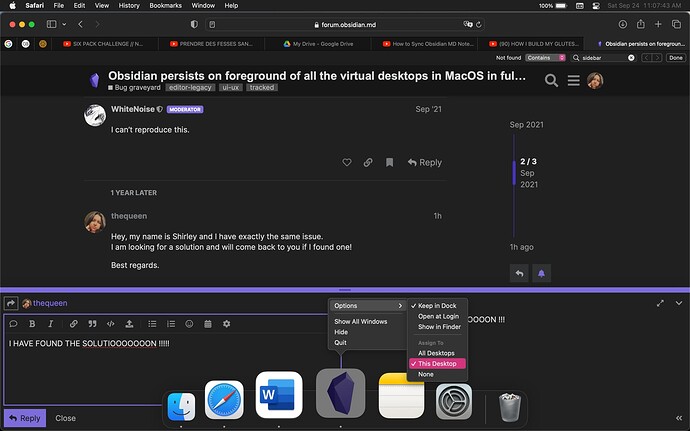