Have community plugins installed and enabled

Obsidian starts up a little slower to load the plugins, but pretty snappily overall.

Obsidian hangs a good while in the initial load, then boots up and informs the user that one or more community plugins have failed to load.

The plugin that fails to load is not consistent - for me it’s usually Minimal Style Settings, but disabling that and switching to the default theme did not eliminate the behavior.

Debug info from a testing vault that just suffered it:

Works for me.
Where is your vault stored? Are you using any third party sync service?

Does it happen in the sandbox vault?

The issue doesn’t happen every time Obsidian is started, it feels random at this point.

I have the same problem in several vaults. I think that mostly Outliner fails to load.

Can you post a screen recording of this happening in the sandbox vault? and/or in your own vault with restricted mode on and no themes?

I’m sorry but I don’t understand how I can create a screen recording. Can you tell me how to do?

use a screen recording software. Like sharex for windows.

Do you mean such a recording? 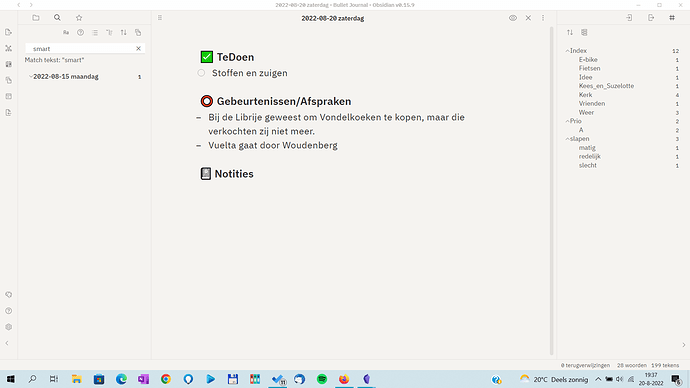 This is from one my one vaults.

And here is another recording. 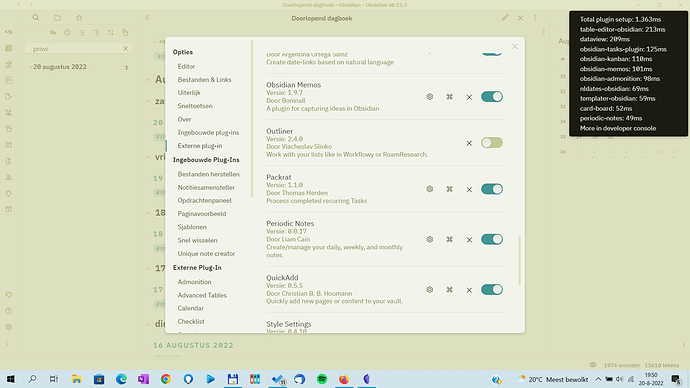 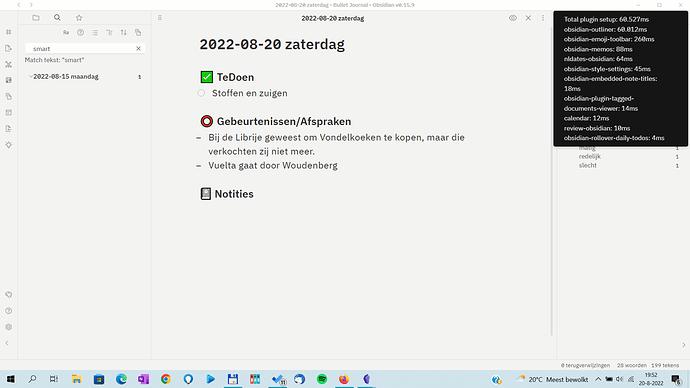 That’s screenshot, not a screen recording. If you have identified the issue with outliner plugin, please, open a bug report at their github repot.

Same thing happened on 4 different vaults, all on local hard drive (all configured differently with different plug-ins). It started a couple days ago. My primary vault took several minutes. The specific plug-in not loading was consistent and uninstalling fixed the problem on the primary vault. Another fault, since I use that plug in a lot…, so after it informed me it did not load (and was shut off in settings) I just turned it back on, and it worked. I could guess, but it’s been too many years since I’ve done any serious tech troubleshooting.

A recording of the loading is just a screen with loading and a line with animation. It isn’t a single plugin. Dangling links, & Map of content were consistent in one vault. (there were others) Templater hotkey in another vault. After failing to load, and not wanting to lose that plug-in, I just turned it back on and it worked fine.