Hi all !
I’ve managed to elaborate a theme for Obsidian. I hope it will be of some interest for some users. The ideas and goals were :

I’m currently using different vaults — don’t ask me why — and I wanted to differentiate them visually. So, I thought of a Post-It analogy : why not use — sparingly — some Post-It colour ? So, you get three versions :

As a “seed” for my effort, I took “Red graphite” because it was rather complete and well commented. I haven’t (yet) touched the dark version. Maybe I’ll do it if there’s sufficient interest from the community. If someone feels like undertaking the task, s/he’s most welcome !

I have put some comments in the source in order to help the aspiring customizers. But most importantly, I’ve put most of the important settings in variables, at the top of the file. It should make further customization easier.

Finally : I’m neither a graphic designer nor a programmer. So my code might look cumbersome to professionals and I don’t even garantee that it’s 100 % correct. But it just works. I kept in mind “very often, functional is good enough”. I would be very glad if someone more adept than myself in CSS would be kind enough to “correct” or maybe improve my modest attempt.

Thank you very much for your interest.

PS : to install the stylesheet :

Screen captures with random views of a test document 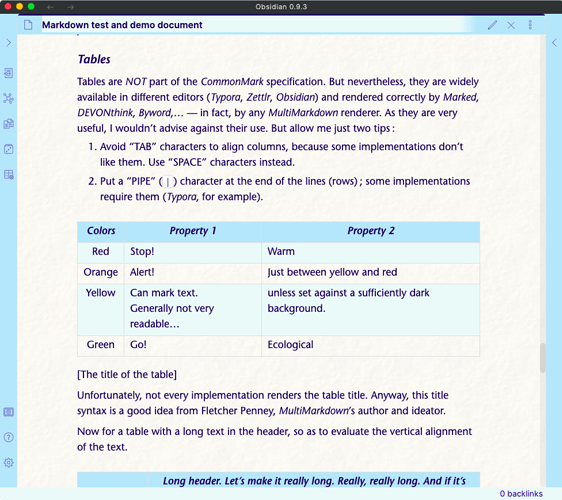 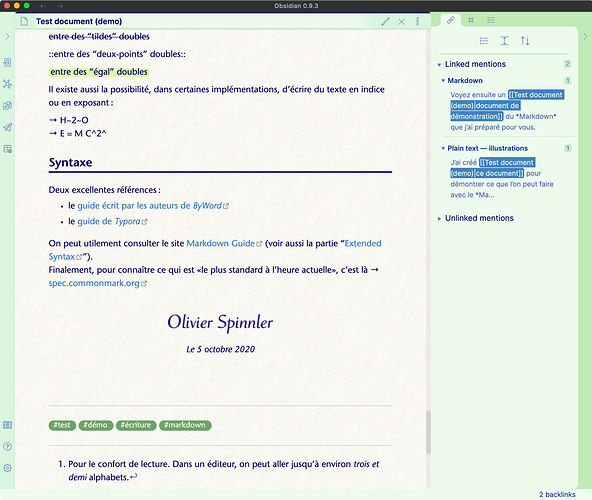 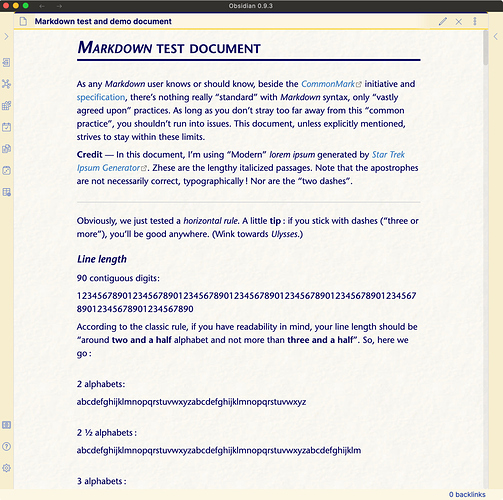 For the non-French speakers:
It’s impressive, it must have taken you a long time to develop this.

Yes indeed ! For the typographical part, I would say it was years ago, when I wanted to get something better for my work in DEVONthink, before it was even available in the prefs. I took advantage of MultiMarkdown metadata.

For the purely Obsidian part, it took a lot of patience to identify what exactly refers to what — I still don’t have figured out everything. I couldn’t have done this without the Opt–Cmd–I developer tool. Unless I’ve missed something, the CSS documentation is rather sparse.