This bug is already known, but since no one seems to care while this is actually a pretty big deal and all other threads are an incoherent mess, I will open a fresh and clean one!

To bring a bit of clearance into this discussion, I conducted a little experiment, testing all mermaid graph types, that have some sort of arrow head:

I tested every type in the internal preview and exported to PDF, since this is the way I submit my work to the Professors at University. This table only shows the result, when the Preview failed to show the arrows, but it shows some strange behavior in conjunction with other parts of obsidian (See Strange preview behavior)

Surprisingly, the graph type actually works correctly, but since this is the one, which is kind of deprecated from mermaid side, it is only a partial remedy! Every new feature like subgraphs are introduced into flowchart instead!

For better understanding, a few examples (To express that the types of the graphs are the only important thing here, I used different documents for boths view panes): 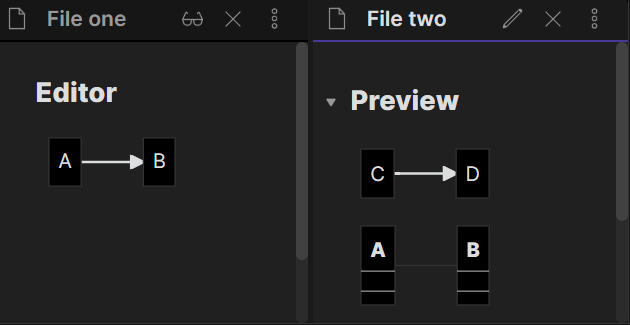 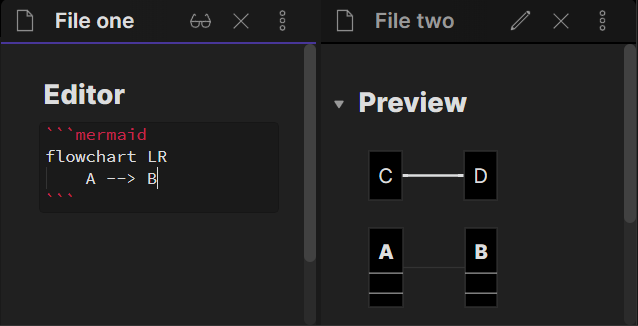 When switching to the legacy editor, the preview actually renders the arrow heads correctly, but when you try to export it to PDF, it still does not work! And for me, this is the actual game breaker, because I cannot share my work!

all other threads are an incoherent mess

No, all other threads are not an incoherent mess. All threads were merged into one and I have clearly reported that this is an upstream bug.