Looking at it again, you’re absolute right. It is already a monospaced font. I must have remembered it differently, because I was so focused on the glyphs not ligning up properly (as they usually do with a mono font). I wonder why the layout gets skewed at times … 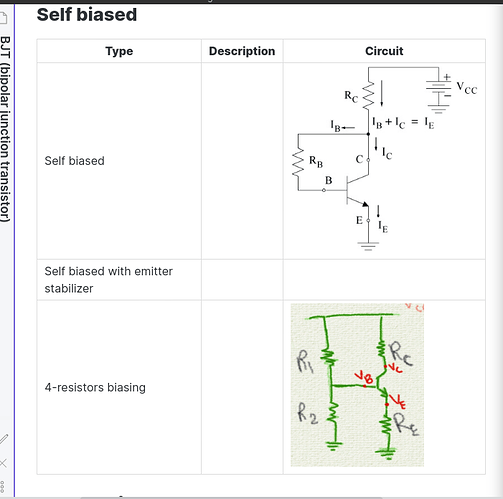 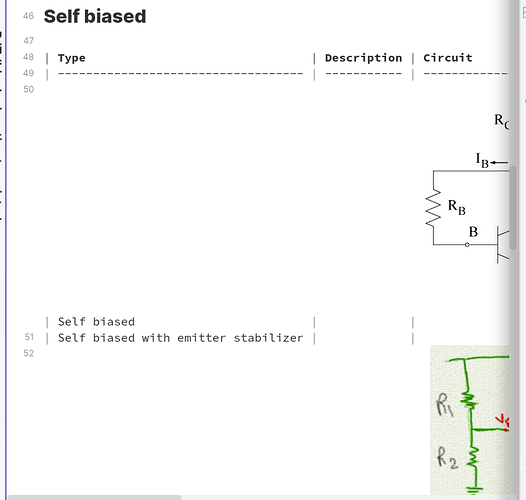 Tables are a great way to visually organize sets of data! I am currently using them to track info of supplements I take:

Unfortunately, it doesn’t look that good in Source or Live Preview mode:

I tried to look for ways to solve this through CSS for my theme, but unfortunately, I’ve got nothing. My biggest problem is that it doesn’t wrap lines of a cell.

Or even better, consider Notion’s implementation:

I set this table up using Typora and they have an okay implementation of a simple table. It does reduce a seamless experience with Obsidian though :< Like, I had to download Typora, but only end up using this table feature. :< I’d prefer to have everything in Obsidian!

100% agree. I am currently in the process of migrating everything from Google Docs. I lose some formatting, fonts, & such, which I have accepted as the cost of this transition.

But I need to have tables. So I have to go into every single file (over 800 of them) and manually fix any tables by hand. That would be fine, but tables are a serious pain to try to build out. The nightmarish mess that is a copy & pasted table is seriously slowing down my migration.

That would be fantastic… I find myself avoiding to use table although they are the best way to represent by data just because they are hard to edit and quickly become a mess in the source view, which is a real pity since obsidian put a lot of focus on organized content. I would be very happy with a table editor like the one you show in the animation !

I used Ulysses for a long time, than I switched to Typora, especially for the table rendering during editing, because Ulysses has no acceptable representation of a table view during editing. Sadly, larger tables aren’t editable in most of the Markdown editors I used in the past.

The advanced tables plugin in Obsidian is good for small tables with less content, but not really usable with a high amount of text in table cells. And the line break with <br> doesn’t make it better.

Obsidian is now my choice for my Zettelkasten, all my projects, my website and anything else and I love the flexibility and a lot of plugins.

So, thumbs up from me, for this very important feature in Obsidian

I totally agree. I can’t decide if I prefer to not use Live Preview or use Live Preview and not use tables. If I do the latter it makes me feel like I am working around my own workflow and will be disappointed with my note. I know it would read better in table.

I was surprised to read this was not high on the list. I would expect a new feature to support every format type that was current available before its release.

@Cecilia_May : exactly like you, I only use Typora for tables. Judging from WhiteNoise’s reply, it is going to be a long time before proper table rendering will be implemented, if ever ……

@WhiteNoise: thanks for your feedback. You said:

It will happen someday.

That is a long way off in the future. Many things can happen to interfere. I appreciate, though, that the intention is there, and hopefully nothing adversely affecting the intention will come up

I found a way to deal with line breaks in tables manually and make the text in source view cleaner, in other words, match the preview mode.

It can be a solution before the feature proposed here is implemented.

The actual text of the table above

I think this feature should be high on the list since it makes switching to obsidian kind of painful and I still have to look out for other apps and might end up using them at the end as much as obsidian or decide to use them more in some cases since switching is uncomfortable.

Giving an all in one solution will build a stronger community. I am really happy that you plan to add this, meanwhile I am forced to find a semi perfect workaround

thanks for the feedback and great state of obisidian so far! I appreciate that you take time to answer and have a responsive board.

It’s hard for me to imagine what could be more important than fully functional tables. This is literally one of the most critical function of all text editors. Microsoft 19 years, to not compete with Word and Excel, deliberately avoids adding Cells Merging function to OneNote, just one function, 19 years! By the way - incredibly important function, which can increase Obsidian audience like nothing else. And you’re say it not a priority? This is absurd.
Go back to the roots of “word processors”, in 90s business bought computers often just for spreadsheets and databases because it was new and most efficient way to sort some small text information. Nothing has changed since then, without tables to quickly store and sort numbers, links to notes and files, previews of pictures and so on - Obsidian literally crippled as niche soft. Voluntarily loses in the market of the most versatile text-file organizers.

Obsidan isn’t a table centric editor, actuallly most of markdown editor has problems with tables; this just mean it may not fit to everyone workflow.
About discussion which feature should be on dev list, there are only 2 persons (and cats) who do the development, and you could see which features they are currently working on the trello board which was posted a few posts before;
There are other features that are important to other users (I know it is hard to imagine) and devs have only limited amount of time; I also support tables and voted for it, but the constant nagging and criticising how bad is Obsidian without tables, doesn’t help at all; I apologize for being sarcastic but Obsidian isn’t Excel or Notion (and the former may fit much better @Tre’s table-centric workflow)

@echej Table-centric workflow? You don’t get it. Obsidian - one of so many markdown editors. Why it’s popular but 99% of others are not? Supreme customization through plugins and snippets! Take it away and no one will needed more static residue than in competitors. People want versatility and customization, and tables offer tremendous opportunities with both. That is why they will sooner or later be in all markdown editors, on the level of Typora implementation. The rest - lose competition as it is today in relation to Obsidian.
The problem with tables is not in some workflows but in diversity of a tool. Tables - the same tool as others, but there are more opportunities to use them, often or rarely, than in the case of other tools. All I want - to remind about it, like so many others people in this thread.

I think what @echej is meaning is that tables are not the reason why people are into obsidian in the first place but what @Tre is pointing out is that tables still are an important feature.

Just one way I can think of using tables beyond their normal functionality for information organisation in an obsidian centered way is creating one entry file where I list all my vaults markdown files in a table with different columns like ‘name’, ‘description’, ‘function’, ‘importance’ or whatever and being able to filter and sort them would be pretty neat in my opinion and adjust to the obsidian way of thinking pretty nice in my opinion.

Or creating a table for all headings of a file etc.

So even though it might be considered as an important feature we have to respect limited resources from obsidian and when we just look at the feature request board we can clearly see by unsolved and activity that tables is by far not the most requested features by obsidians! So screaming out louder and ranting on them is just respectless imo.

so what to do? We can support obsidian with giving our money or make our own plugin for this which shouldn’t be too hard I guess since a lot of editors already have this.

I’m quite convinced that with table support being so bad in markdown (as evidenced by litterally every other tool giving it a WYSIWYG experience even though they translate it to plain markdown afterwise), a lot of people who would otherwise have table in their workflow are just avoiding doing so because it is a pain. I also find myself walking around the issue writing two level bullet lists just because i know it will be faster than authoring and maintaining a table that will require back and forth between edit and rendered view just to ensure i wrote in the write cell.

I have similar problem with what could be a quick doodle to illustrate a problem, if i just had to take a pen and write in the editor and i could draw right into the note like a real notebook i would… but just because it means i need plugin (the same, setup in every computer synced with same options), creating an excalidraw drawing and embedding it into my note (or create macro and stuff to have it done), draw my doodle, then get back to the rest of my page… I find myself writing a paragraph of text explaining exactly what i would have put in the drawing, and then come up later if i have excess time to do the illustration.

Regardless of all the fancy idea about semantic tags and infinite canvas and mindmap that i fully hope to see one day, table is a very very very basic feature (because it perclude to the text editor, not even to PKM features) that is not covered, and it’s kinda putting ones head in the sand to prefer to pretend that it’s probably not in everyone’s workflow, it’s just not available and people learned to work around it.

If they didn’t see it that way they wouldn’t even have made the preview mode, and let people directly do the markdown in side-by-side view like before

@tobei I like the idea of letting people vote which is the most important feature request. I would even be fine if supporters have little higher voting importance.

Lets make a feature request for this

I came up with a workaround for the issue, still not the best but might be sufficient enough for some cases lol 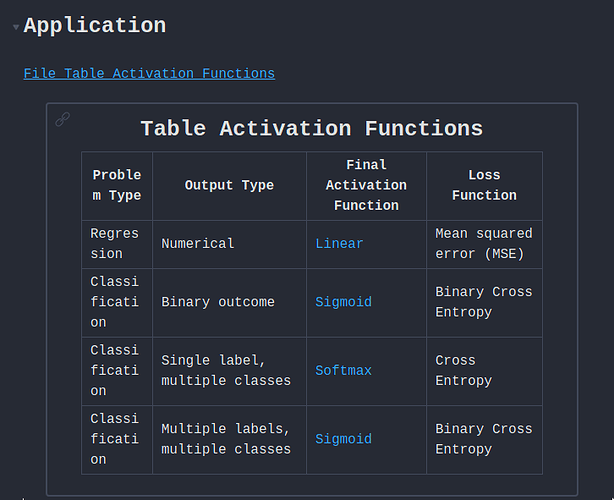 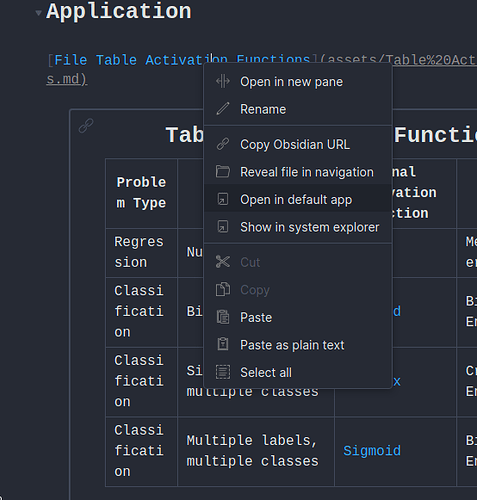 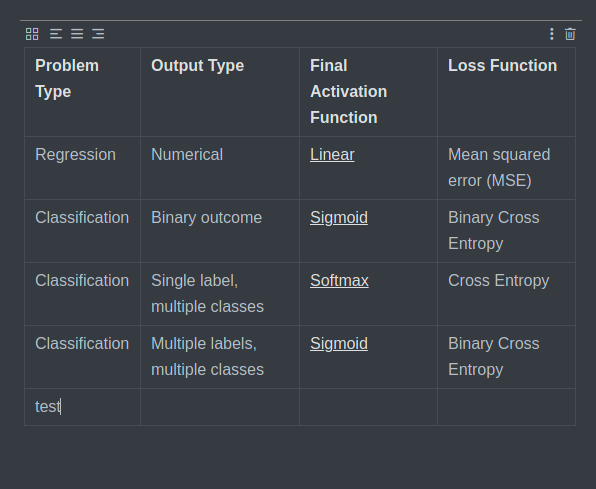 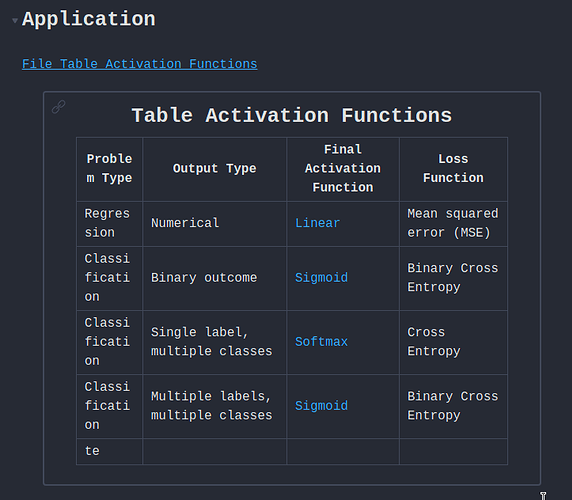 It’s a pity that Joplin open .md only through import and resets merge cell layout after restarting. Although for the first import it show merging cells correct and has appropriate tool.