Does anybody know if we can get linebreaks/new paragraph in a blockquote, in preview mode?

There is a solution using css here:

Excellent - thank you so much

Yeah I agree, just wanted @Jeffurry to see this workaround in the meantime. I think the solution might be as simple as the devs adding this css to the default styling but they might approach it some other way.

You can create a single line return by hitting enter. To create two consecutive line returns (resulting in 1 full blank line between paragraphs) put an empty “>” between the two paragraphs. You can continue to create multiple empty lines by alternating between a blank line and a line with only a “>” on it. (see screenshot below) 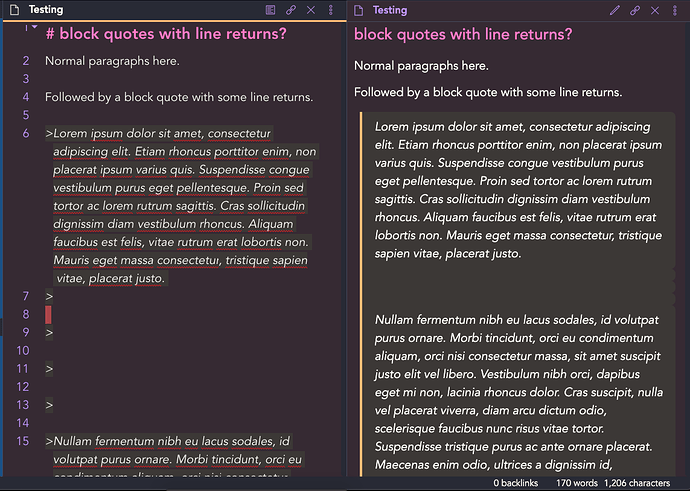 And much appreciated it was @danbburg. Perhaps this could be added to the bug list? Or is it a ‘feature’ request?

Ha, yes, sorry, I appreciated the suggestion as well, @danbburg. I had just seen that your original post about this had been consigned to the Bug Graveyard. I guess I contend it still is a live bug. Assume it’s an easy fix for the team.

I can’t seem to reproduce this. Are you using additional CSS, or is this default behavior? Maybe it’s included in your theme. I’m using the default theme and not able to get a true blank line using the method you describe.

Let me change my css file over to default and check. One moment.

Ok, so yes. Played around with the css to see what the behaviour was by default. I have a border of 0px set which causes the line returns. 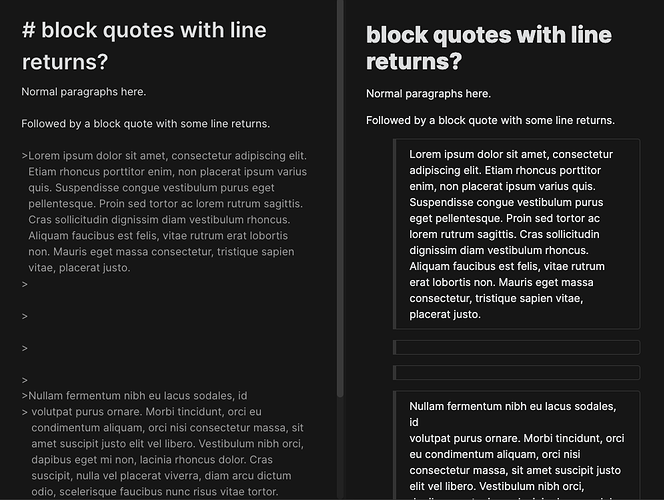 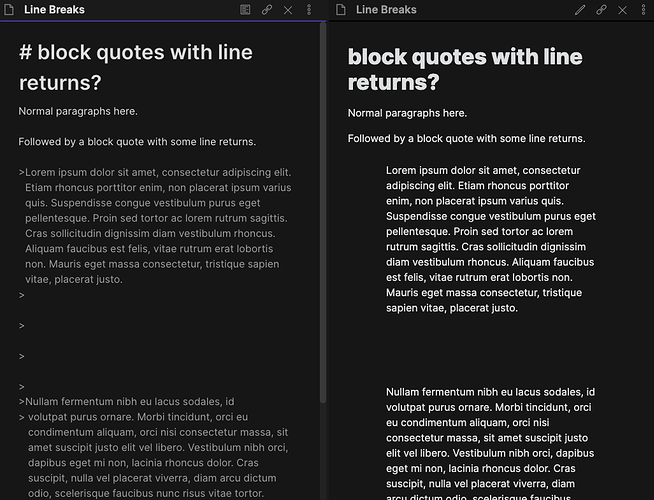 The default behaviour adds a new block quote with no text. By setting the border to zero, this causes them to blend together and appear as the same. I think that the default behaviour is correct in this case which would make the CSS a work around. Have an ‘official’ way of adding a line return (such as a ‘br’ tag). Although this could be seen as a toggle from default view.