Invisible Writing for Flow and and silencing the inner critic

could that be accomplished by a plugin?
a theme that turns the color of the font the same as the background for example?

writing without the editor and critic in our head might be a lot easier. 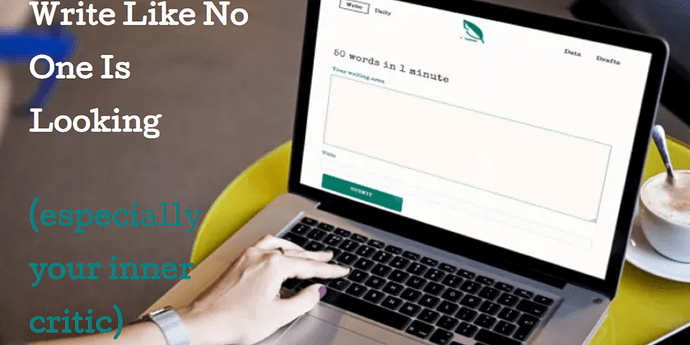 Write Invisible - Write like no one Is looking (especially your inner critic)...

Write Invisible helps writers be in the zone and get into a flow state. You write but cannot see what you are writing. That is the quickest way to first drafts.

This could be accomplished with just a css snippet like:

That makes the text in edit mode transparent so it’s invisible. To see what you have typed you could just toggle Preview Mode.

You could also create a snippet to make the text invisible in both edit and preview mode and use a plugin like Snippet Commands or MySnippets to quickly toggle the snippet on and off.

Note: I’m not an insider so dunno if some of this won’t work

Going to try that