I would do that but the “desktop” (windows 7) version forces your computer to download your entire iCloud Drive storage. I have more in the cloud than I have room on my PC. Only the Windows app gives the option to disable/enable specific iCloud drive folders.

I don’t know what you mean, could you explain it more clearly?

Hi, just registered on this forum.

I’ve been using Obsidian (with Icloud) for at least a year. The past months I have started getting sync/duplicate issues which have just escalated. Right now it is close to unusable. Just had a short session and saw a bunch of copies being created.

Will consider trying to install the non-Microsoft store app but has to say it feels like a temporary workaround since the old app might become abandoned by apple.

Also having similar issues, moving files between folders seems to trigger the problem with iCloud creating duplicates and I am often getting a reindexing of the vault at startup.

I moved one of my Obsidian vaults from iCloud to a local laptop folder because it has already become unbearable: 40 duplicates of one file in a very short time and I must stare at the cursor closely, not remove my eyes from the text because it is constantly wiping out.

But I need synchronization with other devices, I love to use the mobile app excluding the moment that every time I open it I have to wait while all plugins are being downloaded. And I have many of them. So the startup time is extremely long on the mobile: the app is unusable because of it.
Is there any chance to fix this?

There’s another problem with iCloud I’ve noticed: every time I open the iOS mobile app, it redownloads ~10 specific files and 2-3 files that I’ve recently worked on so their update time is corrupted. I also can see how files counter is increasing during this redownloading. All notes are updated by the mobile app on the same time.

I try to keep my notes in a particular order; rely on dates and time when I’ve been working on my notes. So I need to have this working properly.

I tried to find any consistent pattern in modifications of those ~10 files: language, size, file names and emojis in them: nothing. Though unexpected updates of recent files are also unwanted.

I also tried to find any changes in files content: also nothing.

Does anyone know what it could be?

I’m also experiencing the same thing, recently. This issue is affecting my productivity.

The issues I observed (and workarounds):

I’m not sure if this is happening from a bug in Obsidian or iCloud. But for sure this is quite distracting.

I am not sure this fixes the whole problem, but make sure that you have the option “Always keep on this device” checked when right-clicking the obsidian vault in the file explorer, if you are using Windows.

that didn’t fix the issue for me, duplicates still show up randomly

I wish it could be on iPhone: it doesn’t have such option now.

I turned it on for my vault on Windows 10 but it doesn’t help with any of issues I described above.

After I turned on the “always keep” I did a cleanup of all the files that still were stuck in the “synchronizing” status and also all the files that had no status (status indication in windows explorer).
By cleanup I mean that I renamed or copied all the .md files that were stuck to some other status (ex. added a _ to the file name) and checked that they got a filled green checkbox status. Removed any file with weird status. Then I renamed them back to their original names. Now it has run nicely for a few hours at least, fingers crossed… 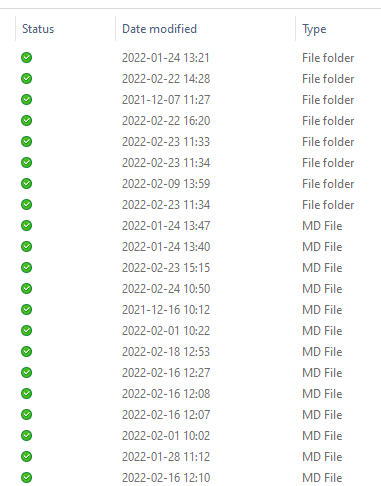 Any update on how to fix this?
Basically, I have the same issue:

If there is no help, I guess I need to copy the vault locally and work without iCloud snyc

From the discussion in this thread, Obsidian’s iCloud sync is just straight-up unreliable and shouldn’t be used.

It apparently ate most of my D&D notes just today. I’m moving everything out of Obsidian into something actually reliable ASAP.

I’ve just worked on a note and got an error message (don’t recall the message). Instead of getting a blank note with a duplicate being created I just lost a few words. It seemed like it automatically recovered the note from the file recovery?!
I continued with my note and it synced to my iPad just fine.
That’s on v0.13.27

I don’t remember seeing these referenced in any of the many threads about problems with iCloud. It describes one users irritation with iCloud sync, which he originally ascribed to his writing app, Ulysses.

Despite his delving, I’m not sure he ended up much further forward than ‘Don’t only rely on iCloud’ and ‘Always make sure you have an up-to-date accessible backup stored somewhere else’.

Why I left Ulysses | BryceWray.com

Why, just months after proclaiming my allegiance to the Ulysses writing app, I’ve chosen to abandon it in favor of iA Writer.

A revisiting of the whole Ulysses matter—after I learned some more about “shoebox” apps in general.

Some opinions I’ve formed while doing a semi-deep dive into cloud sync on macOS. 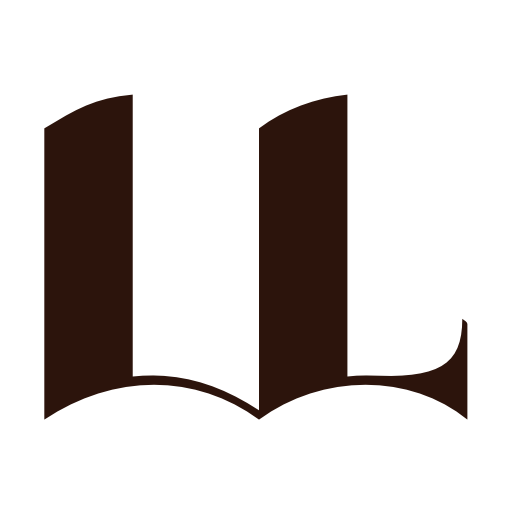 Very, very quickly (because I’m snowed): iCloud has no problems syncing a folder or a package file or anything else. That’s not exactly the problem. There are generally two types of app: shoebox apps such as Photos and iTunes (and Ulysses, for...

Ran into the same issues, very annoying. I will try to switch to the non-Store version of iCloud for Windows in the hopes that that improves things. Otherwise, I think I’ll just have to cut my losses with Obsidian and iCloud on Windows, maybe I’ll try it again once/if I ever get a Mac.

This is happening to me after a day or two switching to Obsidian, using a Mac and iPhone. Super frustrating. Oddly it’s not the notes, it’s the workspace and themes:

Same issue happened to me on the Windows/iCloud sync. Switched to an all Apple device workflow, but changes made on iPhone still did not sync to Mac from time to time, and I often got two different copies of notes with the same names on each device, with one version overwriting the other when the synchronization eventually kicks in. Would love to have a stable fix or at least some recommendations for syncing best practices.

Based on others responses and my experience here, I’m not sure if using 8 is viable

Things I have tried reinstalling icloud on my computer (i’m using the old version of icloud, since the new one generates extra files) removing the vault from my computer and re-adding it What I’m trying to do About two weeks ago, I noticed that the content I wrote on my daily notes on my phone (iPhone 12) isn’t showing up on my laptop (Thinkpad x1, winOS 11). Likewise, notes on my laptop aren’t showing up on my phone. I also noticed I wasn’t gettin notifications in the top right corner to l…

I have a vault with just 16 files in it, and even that is more than iCloud can handle apparently. Even with the entire folder set to “Always keep locally” it makes no difference. This is a truly dire situation for anyone with an iPhone/iPad and a Windows PC as there’s effectively no way to use Obsidian across these devices.

Is there anyone at this point who is successfully getting iCloud to sync? What is your set up?