Is it possible to force Obsidian to ignore #tags in everything but YAML front matter?

I’m a new Obsidian user who used Evernote for 15 years before getting sick of Evernote’s bloat, and becoming a Markdown enthusiast. I used Yarle to convert all of my Evernote notes and I see that it put my Evernote tags in the YAML, which is great. My problem is that now that I’ve enabled the tags pane, I see that it is picking up everything like #alphanumeric as a tag, whether it’s in the YAML or not. So wherever my notes have a #3 (meaning “number 3”), Obsidian interprets it as a tag. Is there some way to stop/get around this behaviour?

Tags must contain an alphabetic character in them, so Obsidian doesn’t recognize “#3” as a tag. When you search for “#3” in your vault, you are doing a text search for “#3”. If you were to search for “tag:#3” you would get a blank result because “#3” is not a valid tag.

Aside from that, I’m not aware of a setting or a plugin that ignores tags within the body of a note. The only solution I can think of would be to add a backslash ("\") in front of the hash in each note (e.g. in edit mode, “#tag” would become “\#tag”). You would not see the backslash in preview mode. The challenge is how to easily do that at scale without changing the tags in the YAML front matter (assuming you placed a # in front of each tag; apparently you don’t have to in YAML front matter).

Is your issue purely with # followed by a pure number (i.e. no alphabetic characters)? If so, you should be able to rely on the “tag:” prefix in searches (as described above) as a workaround.

Thanks so much for this reply. Somehow Obsidian is recognizing #3 as a valid tag, both in search and in the tags pane (see attached screenshots).

For me the issue is really that I’m looking for a workaround when it comes to captured text opening with hashtags in general. Text grabbed from webpages and especially Twitter is likely to have hashtagged words that I don’t want to use as tags in Obsidian. Having hashtagged terms recognized as tags only when they are in the YAML front matter would have been nice. 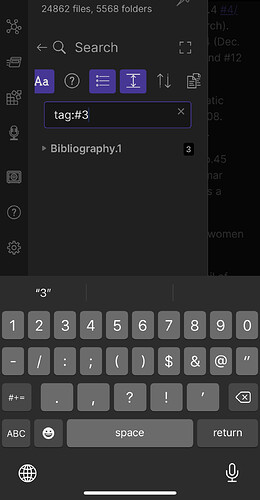 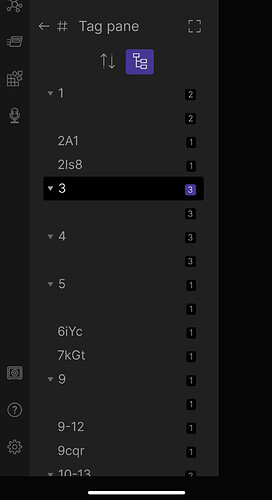