For compatibility with other editors like Typora, when set the Default location for new attatchments to In subfolder under current folder, for example, set the Subfolder name to assets： 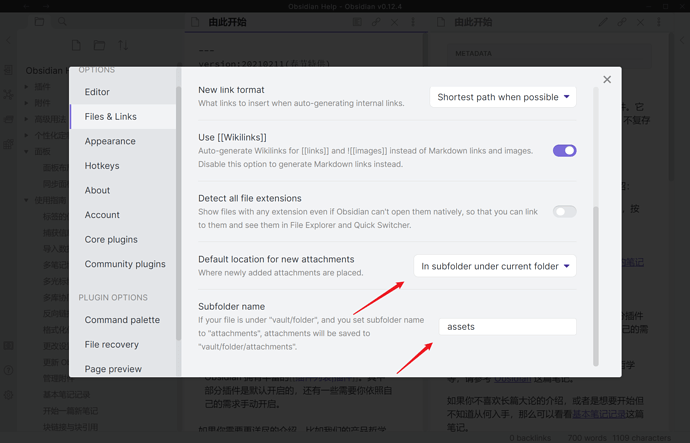 After inserting images to many articles, the result might be, every folder has a folder called assets, but these assets folder don’t possess any markdown files, so they are kind of annoying in the file list： 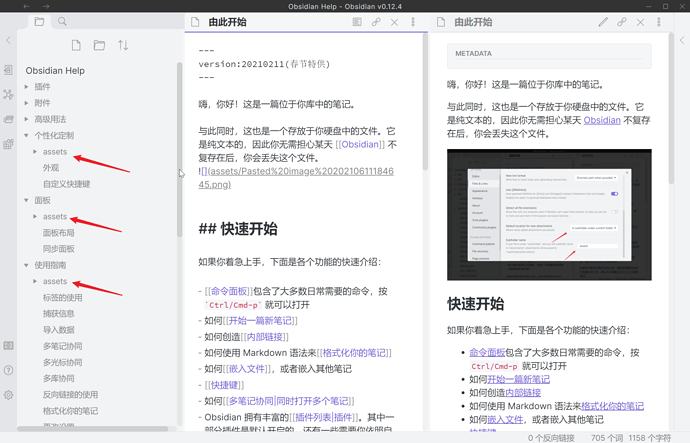 So I suppose Obsidian might could add a feature or plugin to hide certain named folders in the file list.

Interesting. Just tried because I wanted to say "On Linux, just use a “.dot” folder like .assets.

Obsidian actually creates the .assets folder but neglects to store anything in there! Instead, the files land in the vault’s root!

This might be not practicable anyway, because in Obsidian you would never be able to see the .assets folders and their content …

New knowledge got! Thank you!!!

Well, only it won’t help much …

Obsidian actually creates the .assets folder but neglects to store anything in there! Instead, the files land in the vault’s root!

Since we’re in “Feature Requests” here, lets ask for the feature that …

I think the reason developer hide the dot file is to avoid changing .obsidian folder.

To be more general, I think the feature could be:

You might be able to use css, for example:

via @denschub in discord.

A real neat idea, and if you make it a snippet, you can even switch displaying them on and off!