So I’m one of those who use the good 'ol folder system. However I do have quite a lot of folders (and folder levels) and sometimes would like to see just one main folder and its subfolders in the sidepane.

If it’s possible, I’d love a plugin where you can “zoom into” a specific folder. I think it can be done based on how the Longform plugin works(?). I don’t really know anything about coding but here’s the rundown of the idea:

So in Longform you can mark a specific folder as a Longform Project. You can then view this marked folder in Longform’s pane. In that pane you can choose to focus on a specific project folder, then a draft folder.

Project Folders in Longform Pane:
Here I can choose which project folder, then draft folder to focus on. Then only the scene files in that directory will be shown below.

For the folder zoom plugin, some Ideas I have are:

Quick mockup of what I’m thinking of 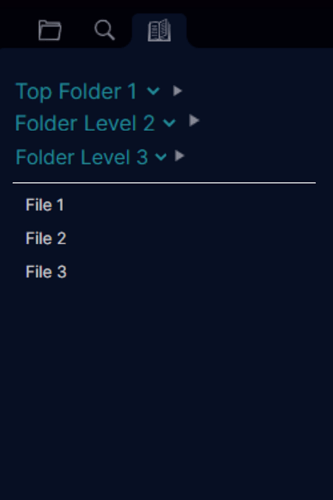 How this may be helpful

I hope I explained this idea well. This has been something I’ve thought of for a while now and decided to drop here in case anyone wants to do it (maybe for O_O?). This has also been inspired by a short discord convo