There are several improvements to be made to the iOS app, since as of right now it is very itchy and unintuitive to use.

In the following images it is clearly displayed some error when the left and right side menus open. The bottom part of the screen is never used (not even in preview or edit mode), while the top part of the menu overlaps with the notch and it is impossible to see.

As of right now, to close a note on iOS I have to:

Wouldn’t it be way better to simply add an “x” on the top right, next to the button which opens the menu?

I think the left pane can be improved. The “Obsidian” text and “x files, x folders” is a waste of the limited screen space: 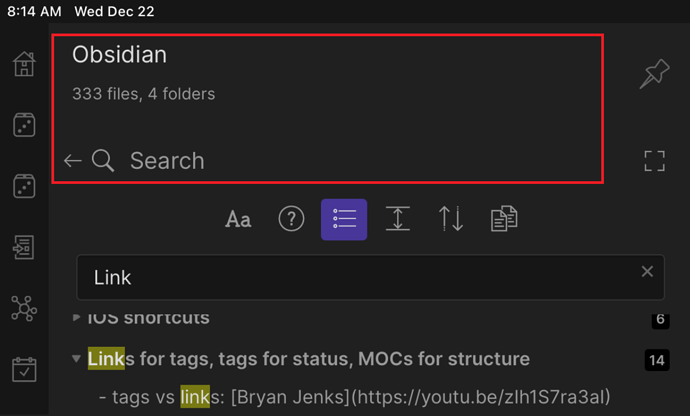 Also, switching between search, folders, starred and recent files is cumbersome. Instead it should show those options on top like it does on the desktop: 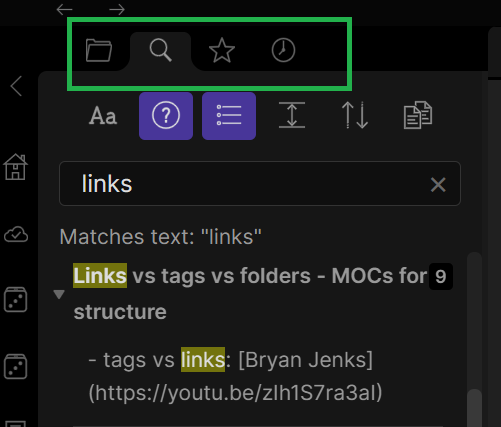 Specific cases of this issue should probably get their own threads so they can be found and addressed more easily.

Platform [x] iOS [ ] Android Obsidian Mobile version: v1.0.5 Having to press the 3-button icon twice to reach the menu is confusing, non-standard, and adds friction. I’d prefer a separate button to open the sidebar, as on desktop. I’ve recently learned that I can long-press the 3-button icon, but I would never have guessed that on my own. It’s not documented in the manual, and it’s not a normal interaction on iOS (from brief brief testing on my prior phone, it seems non-standard on Andro…

Wouldn’t it be way better to simply add an “x” on the top right, next to the button which opens the menu?

This would make it easy to accidentally close your note when trying to open the menu. It’s also a feature I (and I think most people) would never use on a phone where there’s hardly room for multiple panes.

+1
Hiding the File explorer, Search, Favorites, etc behind another menu adds a lot of friction.

If not for a technical issues, this button arrangement needs review to look like the desktop version
I wanted to emphasize “Hiding” with bold but didn’t because I want to keep my post formally nice