Is there a way in which I can quickly add the Zettelkasten prefixer to existing notes? Also, I wouldn’t want to be opening a daily note and then “create a new zettelkasten note” and manually merge/edit the two files into one. There must be an easier way. Thanks!

One really easy way is to use a text expander. I use Rocket Typist on mac (part of my Setapp subscription), but you could probably use any of the available offerings. Apps like Keyboard Maestro and Alfred could also do this quite easily. In RT, I’ve created a snippet called Zettelkasten UID, with the snippet shortcut “zid”: 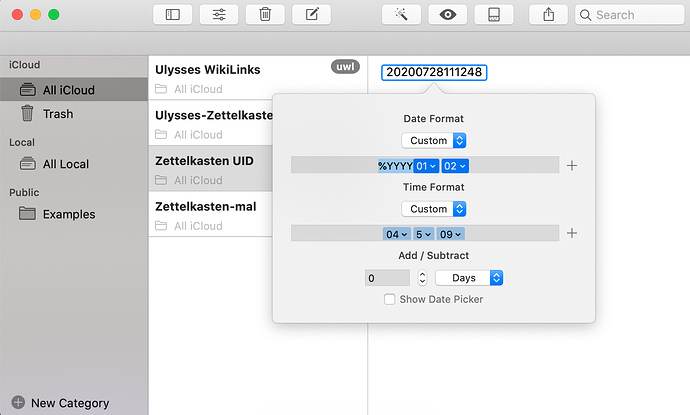 This I can either use on it’s own, just typing “zid”+space anywhere in the note (including the title, but I prefer descriptive titles, so I add the “zid” at the start of the note, where for example Zettlr will be able to find it).

And it can be reused in other snippets. So, for example, I have a zettle-template that I can invoke with “zm”, and a version of that template that works in Ulysses (“uzm”): 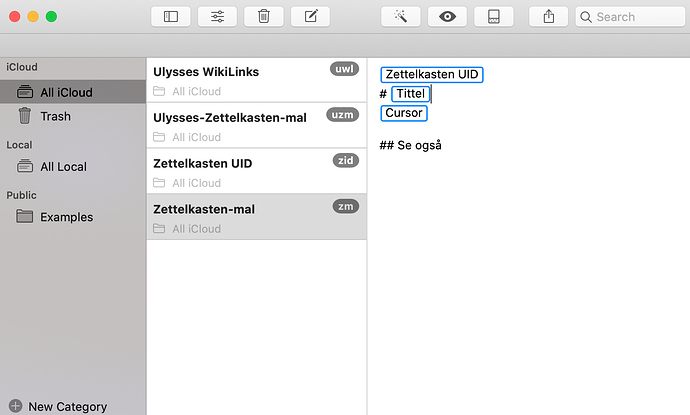 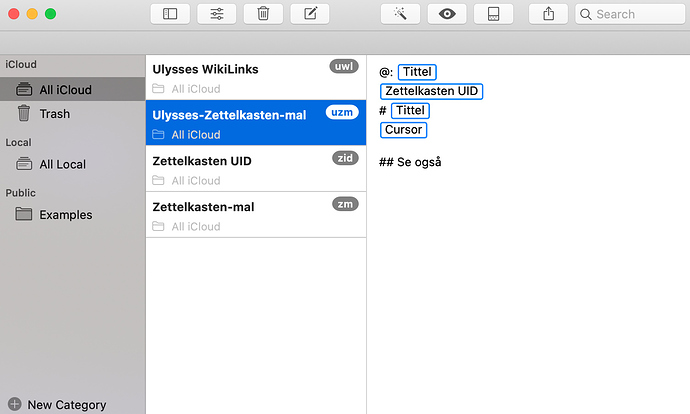 Invoking either of these, I get a popup asking for a title, which is then entered as the note title (and filename in Ulysses). I’m not sure how to set the note title automatically in Obsidian, but someone else might know that!

Yes, a text expander is the easiest way to do it. I use espanso, but most text expanders should have this capability.

Phraseexpress doesn’t seem to get much love round here but has tons of features and is free for personal use.