When enabling a plug-in, it doesn’t show up until reloading a vault (might be working as intended)

However, after disabling a core plug in, it remains visible while the functionality is removed. 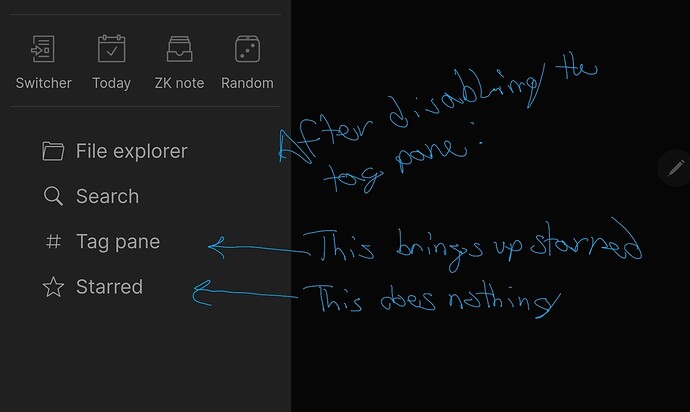