Now that we have a shiny new embed type and since they all would probably be used in slightly different cases, it would be helpful to be able to apply different styles to them. For example you may want to see a page embed with a demarcated background and a border, whereas you might want to see a block embed as “naked” 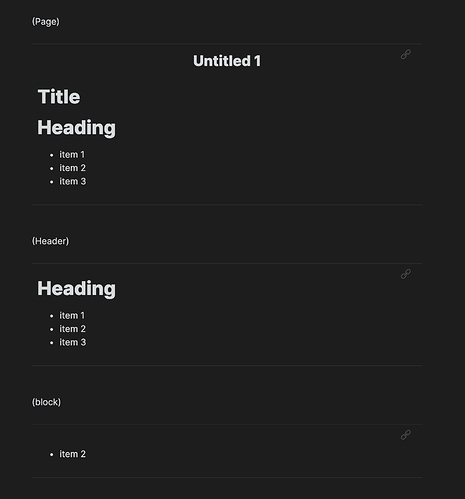 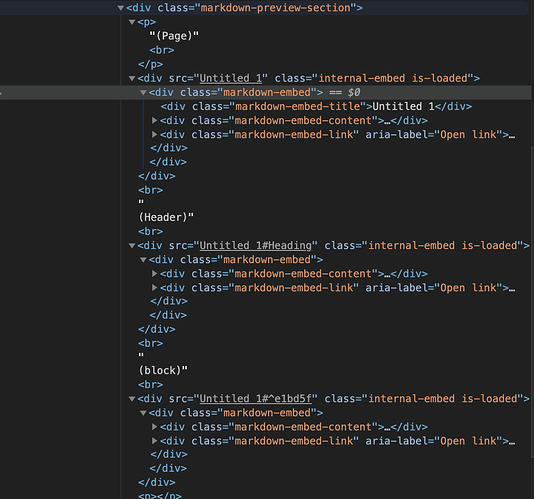 PS: I noticed that page embeds get a .markdown-embed-title, whereas the others don’t, if this specification is implemented, it would be useful to give the other embeds the same div, and allow the user to hide or show it with custom css based on preference.

This would be great!

@kepano Seeing your cool block embed styles in the discord is what actually inspired this post! When I went to implement them it messed up how my page references looked

For those that haven’t seen Kepano’s block embed style:

I made some improvements in the latest version of Minimal Theme using sibling selectors, but what you can do with that is limited.

I very much support this feature request!

As I had been looking for a way to to include the title of a note when embedding a section, the suggested feature would provide a way…

Or at least if .markdown-embed-title became universal to notes, sections, and blocks - with possibility to be switched off.

what theme is used in the screenshot?

Another vote from me - I’ve been fighting way too much with the existing selectors in one of the themes to make the embed layout I wanted and this would have made it so, so much easier and more reliable.

Would love to see naked embeds for blocks/pages as an option for the standard theme too. Perhaps this could be an application preference?

Does somebody know if this is already possible? Just stumbled across this old post, having the same wish.