The file viewer offers very limited space for displaying file names that are several folders into the vault. Instead of being compact like in some other productivity tools, Obsidian prioritises visuals, but this is obviously bad for productivity. 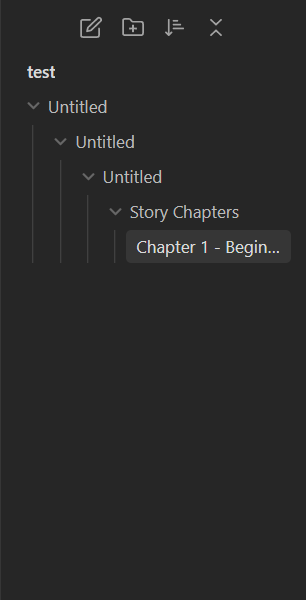 Obsidian’s file viewer has large gaps in the appearance that could be used for displaying text. Once the scroll bar starts displaying in the file viewer, there is even less space for file names to be displayed.

An alternative compact file viewer that prioritises displaying of information over appearance (i.e. by reducing the amount of gaps in the viewer’s UI). It should be toggleable in the core plugin “Files” to switch between the standard appearance and the compact appearance.

I’m confused. Are you showing Scrivener as an example of the improvement you want? Because it looks like it fits less text at a given level than Obsidian does despite having smaller indentation (tho it’s hard to compare because either the 2 screenshots are zoomed differently or Obsidian’s sidebar is wider and uses smaller text).

As a workaround, a CSS snippet could probably reduce the indentation. I can’t help with that, but the #appearance channel on Obsidian’s Discord probably can.